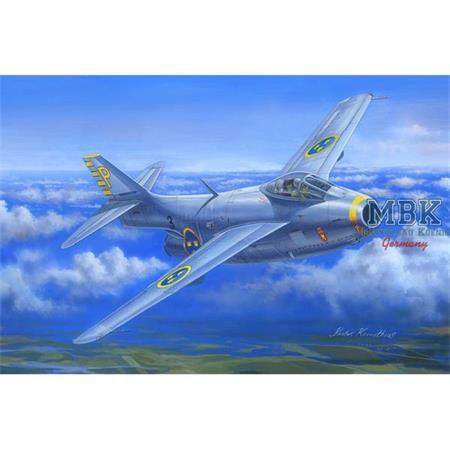 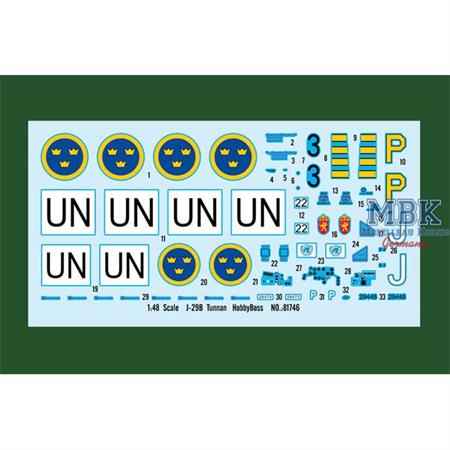 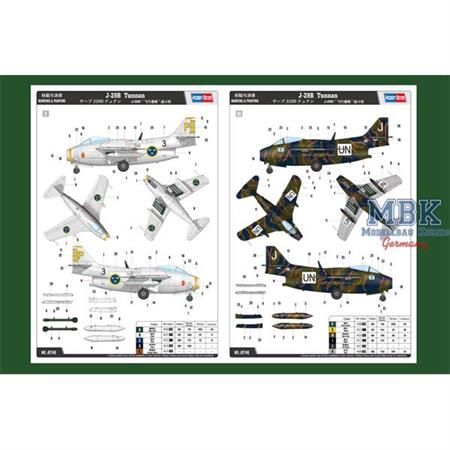 The  Saab 29 , colloquially called Flygande tunnan (English: "The Flying barrel") was a Swedish fighter designed and manufactured by Saab in the 1950s. It was Sweden's second turbojet-powered combat aircraft, the first being the Saab 21R. Despite its rotund appearance, the J 29 was fast and agile, serving effectively in both fighter and fighter-bomber roles into the 1970s.
J-29B Fighter, 332 built 1953–55; featured 50% larger fuel capacity and underwing hardpoints to carry bombs, rockets and drop-tanks. 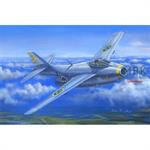 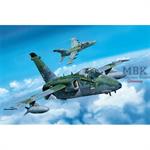 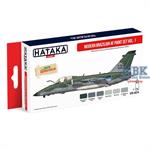 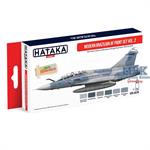