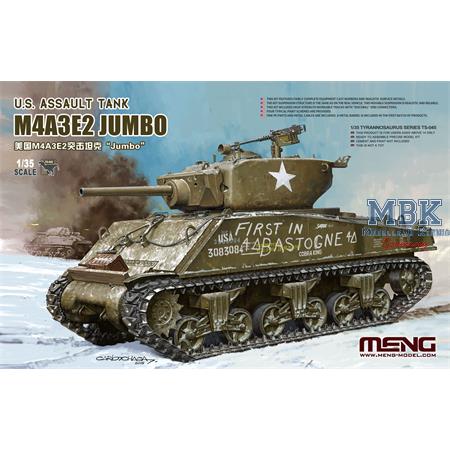 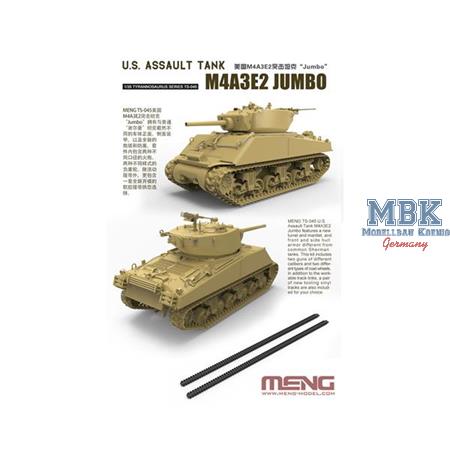 59.95 €
VAT included plus shipping and handling
Out of Stock
Article is coming
To the Notepad
Question regarding the Article
Plastic model kit

The new German tanks were the headache of ordinary Sherman tanks. The mass production of the M26 Pershing was still some time away. The M4A3E2, a special Sherman variant nicknamed “Jumbo” was thus born. It received much thicker chassis and turret armor on the basis of M4A3. It could withstand the shot of large caliber German tank guns and anti-tank guns. Later, it was refitted the 76mm main gun and had better anti-armor capability. In the end of December, 1944, a “Jumbo” tank of the 4th Armored Division under the command of Patton led a unit of U.S. soldiers to break the German Siege of Bastogne and joined forces with the 101st Airborne Division. This operation reversed the situation of the Battle of the Bulge. 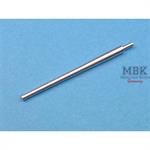 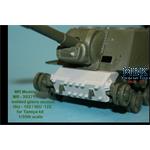