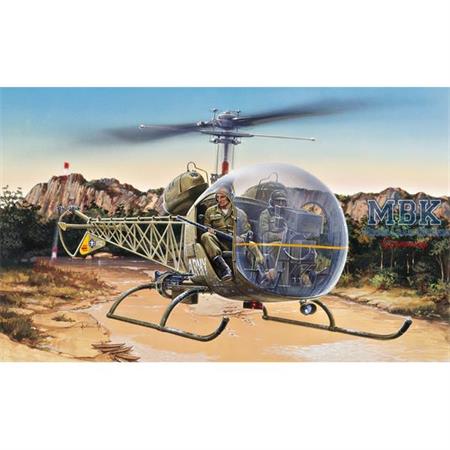 Log in and write a Review
Item Number:
IT0857
Manufacturer
ITALERI
Scale:
1:48

14.50 €
VAT included plus shipping and handling
Unfortunately sold out at the moment
No new delivery date known, if necessary please activate stock alert
To the Notepad
Question regarding the Article
Even if the OH-13 has not been the first operational helicopter, it has certainly become the best known chopper of the fifties and sixties world-wide. Oryginally used by the U.S. Army to evacuate during the Korean War, the Sioux was later used in various version for reconnaissance missions. At the begin of the Vietnam War a few dozen Sioux were used and during the midsixties the OH-13 was deployed for training use. In Europe it was built under license in Italy and Great Britain. It was distributed to practically all NATO Force. To-day the Sioux is also widely used for civilian use and police service in many countries. 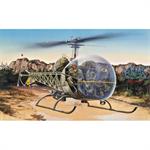