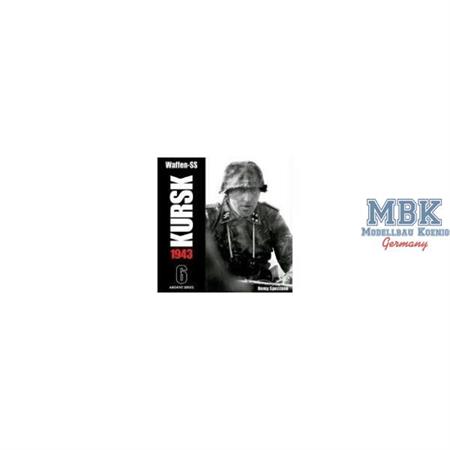 Log in and write a Review
Item Number:
D8915
Manufacturer
DÖRFLER
28.00 €
VAT included plus shipping and handling
Unfortunately sold out at the moment
No new delivery date known, if necessary please activate stock alert
To the Notepad
Question regarding the Article
Hardcover Buch
in englischer Sprache
ca.110 Seiten
High-quality photographs on semi-matte art paper. Visual diary of Hitler's elite force. Presented in chronological sequence This sixth volume follows soldiers of the 1st SS LAH and 2nd SS Das Reich Panzer Division in combat during the Battle of Kursk, July 1943. Formed by Heinrich Himmler in 1940 from the Leibstandarte, SS Verfungstruppe and the Totenkopfe Standarten, the Waffen-SS was originally meant to be a racially pure organisation, but this idea was abandoned due to the need for more troops. While initially intended to concentrate on internal matters that threatened Germany, the Waffen-SS mainly served as frontline combat troops alongside the regular German army. They were considered the elite of the German armed forces in World War II and were involved in almost continuous combat. Printed on deluxe European semi-matte art paper for unparalleled photographic reproduction, each page literally pulls you into the images, making you feel as though you are a part of the action. This documentary-style series presents the photographs in the actual sequence in which they were taken, creating a visual diary unlike anything previously published on the subject.
Customer Reviews 0
Log in and write a Review
0 Reviews 0 Reviews 0 Reviews 0 Reviews 0 Reviews 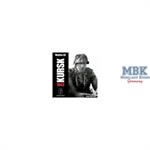