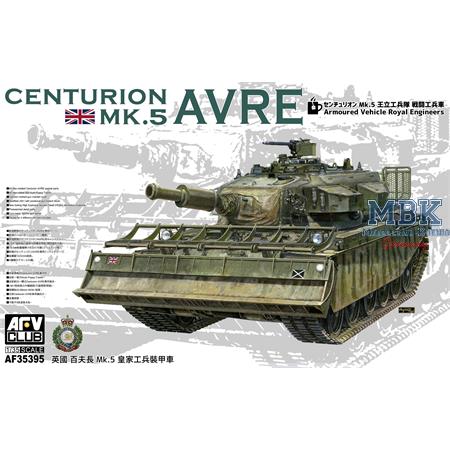 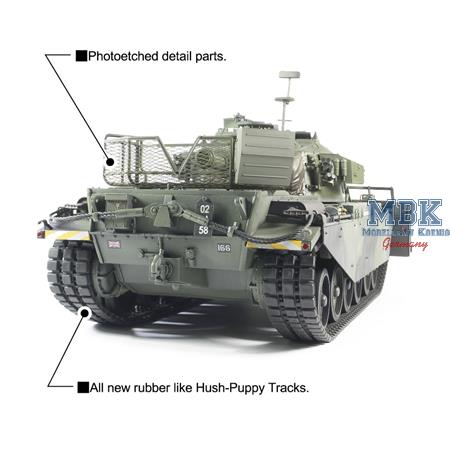 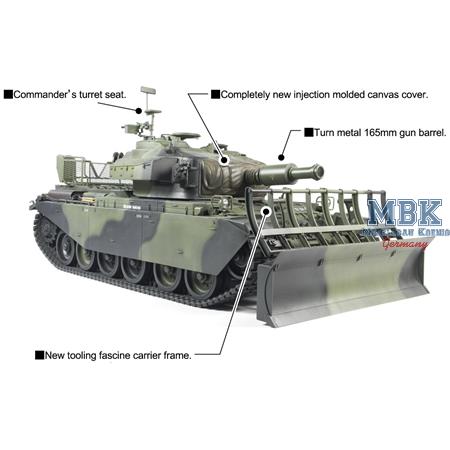 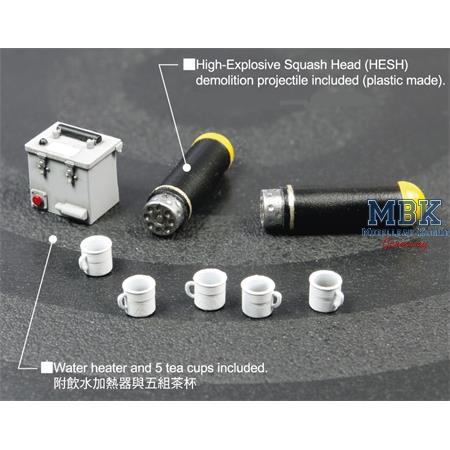 55.50 €
VAT included plus shipping and handling
Appears soon
We expect to arrive at early / middle of February 2023
Expected to be released early / middle of February 2023
To the Notepad
Question regarding the Article
The AVRE (Armoured Vehicle Royal Engineers) based on the Churchill main battle tanks already proved their worth in the Second World War. These were used as a mobile platform for a variety of engineer-specific purposes.
In the early 1950s, a replacement for the now obsolete Churchill chassis was urgently needed. As the Centurion Mk.5 was introduced into the British Army as a main battle tank at this time, it made sense to develop a new engineer tank on this chassis.
In contrast to the main battle tanks, a large calibre gun was fitted to destroy obstacles, a clearing shovel to clear obstacles and a fascine carrier (fascines are large bundles of plastic tubes used to fill in trenches - these bundles are strong enough to carry even heavy tanks). In addition, the vehicles received a large stowage basket on the turret to provide more stowage space for the engineer ordnance.
The first Centurion AVREs were delivered to the Royal Engineers in 1963.
They were put into service with the three Armoured Engineer Squadrons of the 32nd Assault Engineer Regiment.
No export customer was found, so that only the British Army used the Centurion AVRE.
They were used in exercises in Great Britain, Germany and also at BATUS (British Army Training Unit Suffield) in Canada.
It was the only tracked armoured vehicle used in "The Troubles" in Northern Ireland in the early 1970s and later in the First Gulf War in 1991.
.
Plastic model kit to build a British Centutrion AVRE Scale 1:35 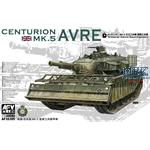 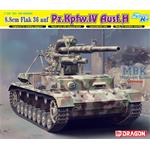 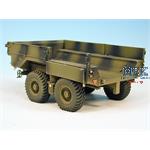 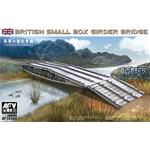 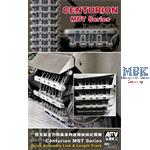 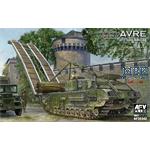