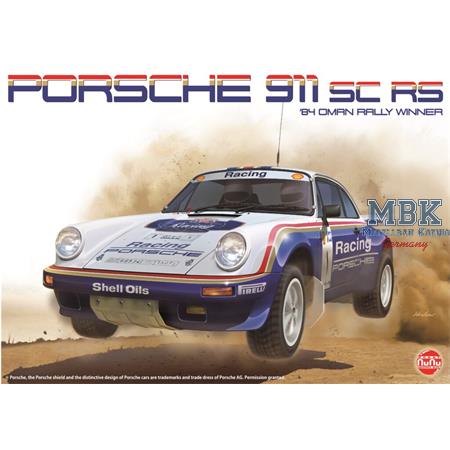 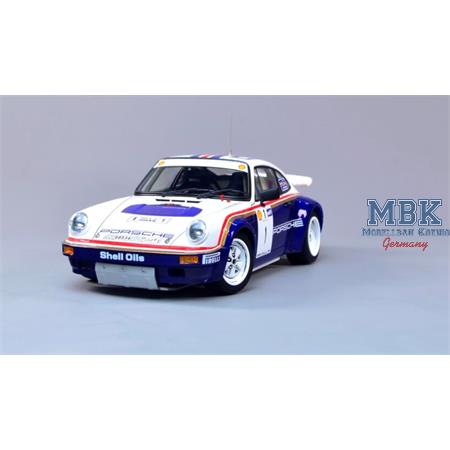 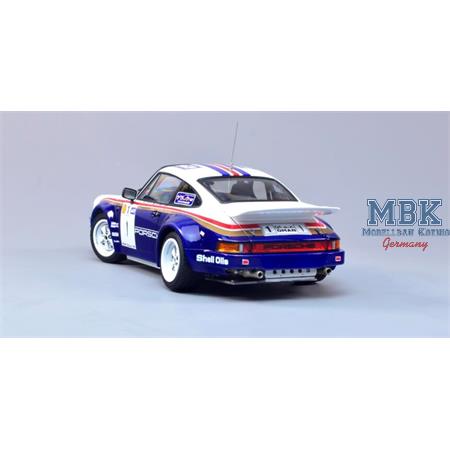 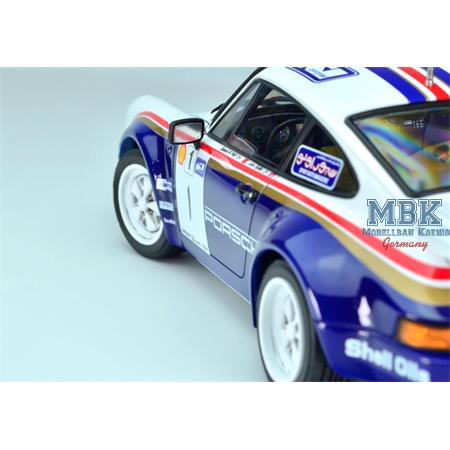 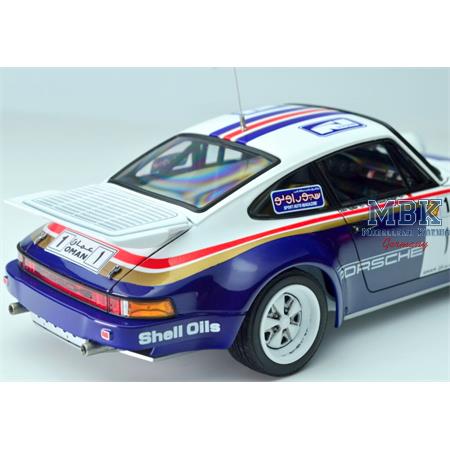 Log in and write a Review
Item Number:
NU-24011
Manufacturer
NuNu
Scale:
1:24
41.50 €
VAT included plus shipping and handling
More than 5 Pieces available
Shipping 1 - 2 days
To the Notepad
Question regarding the Article
The Porsche 911 is one of the sports car developed by Dr. Ferdinand Porsche and presented in 1964.
The performance of the rear-mounted six-cylinder boxer engine and the design as a four-seater attracted many fans.
In addition, the Porsche 911 has been continuously improved since its debut and has retained its charm.

He is also active in motor sports, from street racing to circuit racing and rallying.

In 1984 a rally car conforming to Group B regulations was created.

The machine went to British racing team Prodrive, led by racing car designer David Richards, who was in charge of developing and running the rally team.

The engine was an air-cooled six-cylinder boxer engine with a displacement of 2996 cc and produced a maximum power of 300 hp.
The chassis was designed on the basis of the 911 Turbo (Type 930). The weight was thoroughly reduced through the use of an aluminum-made front hood and door panels, a Kevlar-made rear spoiler and a duralumin-made roll cage, and the weight was only 960 kg. The lightweight was considered exotic in the days when all-wheel drive played a leading role in Group B rallies. 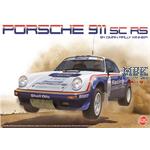