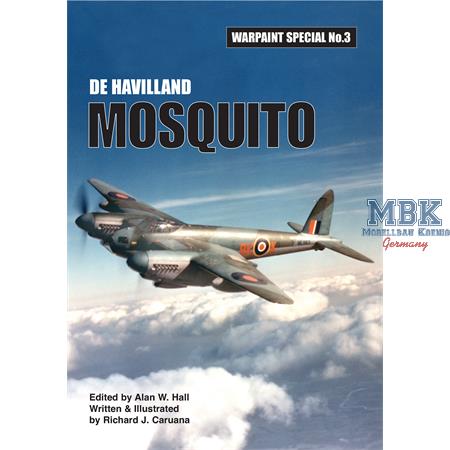 Log in and write a Review
Item Number:
Warpaint Spec3
Manufacturer
Warpaint
19.00 €
VAT included plus shipping and handling
Unfortunately sold out at the moment
No new delivery date known, if necessary please activate stock alert
To the Notepad
Question regarding the Article
book, softcover

Warpaint Special no 3
Written and Illustrated by Richard J Caruana
Born during the dark days of World War 2, the Mosquito was the result of revolutionary thinking that started way back in 1936. Although originally designed and built as a bomber, it was even- tually adapted to any role imaginable where speed was of an essence. In fact its only defence was its capability of outpacing enemy interceptors. A four-cannon and four- gun fighter version was so successful that it was developed into a fighter-bomber that could even carry rockets. It also featured as an unarmed photo-reconnaissance version, as a transport, trainer and target tug. No less than 7,781 Mosquitos were built in Britain, Canada and Australia covering over 40 ver- sions with the last example leaving De Havilland's facility at Chester in November 1950.84 pages
Customer Reviews 0
Log in and write a Review
0 Reviews 0 Reviews 0 Reviews 0 Reviews 0 Reviews 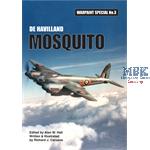