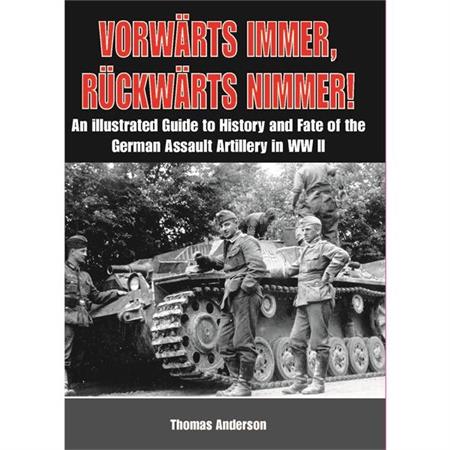 44.90 €
VAT included plus shipping and handling
Unfortunately sold out at the moment
No new delivery date known, if necessary please activate stock alert
To the Notepad
Question regarding the Article
An Illustrated Guide to the History and Fate of the German Assault Artillery in WW II

Volume I: The Early Years

This first of three volumes on the German Assault Artillery in World War II covers the first years of establishing and deploying this new weapon up to the preaparation of opearation "Barabarossa", the invasion in Russia: The Sturmartillerie was extablished before outbreak of WW II as an integrative support arm of the infantry, which was far way from thorough mobility. Sturmgeschuetze - assault guns - turretless tanks armed with a 7,5 cm gun - should push forward the attack breaking any enemy resistance, destroying infantry guns, MG nests and bunkers. In the further course of the war the young service branch would have to stand the impetus of ever growing numbers of enemy tanks.

The purpose of this first volume is to introduce this small, but remarkable service arm to the reader. Development and combat of of the first units in battery - scale and the later Sturmgeschütz battalions resp. brigades will be explained by photos, diagrams and colored artwork. The author turned his attention to the identification of Sturmartillerie units, markings and characteristics will be clarified wherever possible. During his research the author relied only on sources found in German archives. Subjective recollections of veterans have been used to illustrate the nature of this service arm. 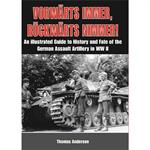