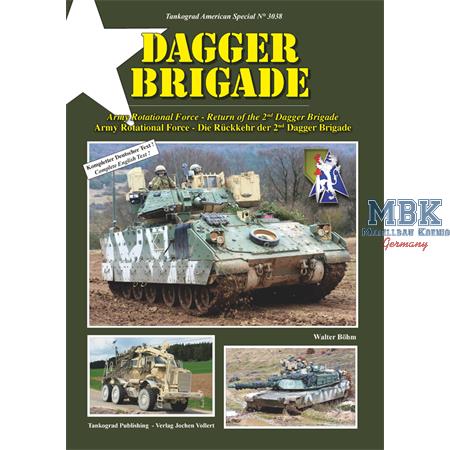 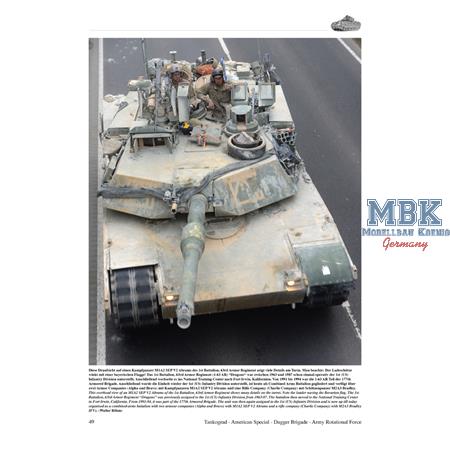 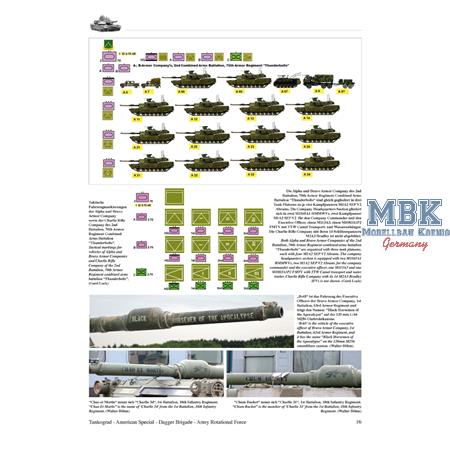 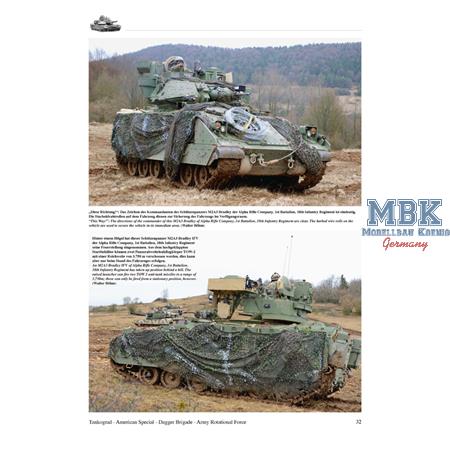 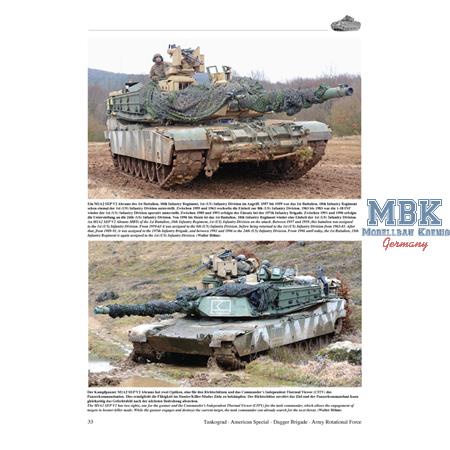 In September 2017, the Iron Brigade of the 4th (US) Infantry Division handed over command to the relieving 2nd Brigade Combat Team Dagger of the 1st (US) Infantry Division, or Dagger Brigade for short. The unit rotated for a nine-month-long period which included the exercises Allied Spirit VII, Allied Spirit VIII, Combined Resolve X and the SETC. Thus, the continuous deployment and permanent presence of a heavy American armoured brigade, under the term Army Rotational Force, continued in Europe with the second Atlantic Resolve rotation, a sign of NATO's resolve to defend its members.
This publication shows the exercise action of the Dagger Brigade as well as the unusual camouflage schemes and specialised markings of the vehicles involved. 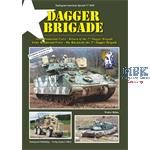