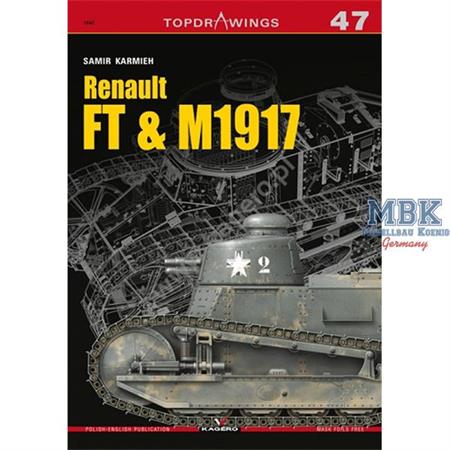 The world’s first modern tank, a pioneering vehicle whose basic features can be found on today’s modern tanks. FT was an undeniable success. Large number of FTs were provided to most Western front units by 1918, and they were involved in all major offensives, successfully crossing over trenches as intended, but also driving through forests. Renault produced two variants of the FT, The machine-gun model, which was more common, and a short-barreled 37 mm Puteaux SA 18 gun. Those models were defirent by their definitive Omnibus turret, multi-faceted or rounded with bent metal plates. By December 1917 3100 FTs were to be produced with the Omnibus turret, in both types. The FT had some flaws of the first series, including the radiator fan belt and cooling system problems.
In 1919 a new redesigned version was proposed by Renault, including a more powerful engine, a long-barreled Puteaux gun and additional cases fitted in their tracks. It was successfully exported throughout the world. Some of them were immediately put into action, like the Finnish and Polish versions against the Soviets.

M1917
US obtained the license to start producing the Renault FT tank in America. For security reasons, the early FT were just called ‘6 ton tractor’. Later, they were given the official designation Model 1917 6-ton light tank. This was more commonly abbreviated to just M1917. Only 64 M1917 tanks had been built by the end of the war. Ten M1917 tanks were delivered to France before World War One finished on 11th November 1918. None of them saw active service on the front line.
Customer Reviews 0
Log in and write a Review
0 Reviews 0 Reviews 0 Reviews 0 Reviews 0 Reviews 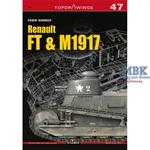