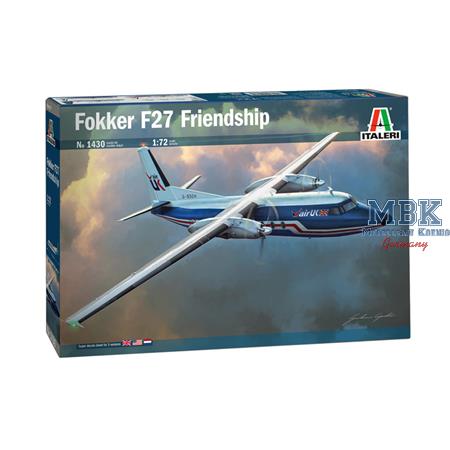 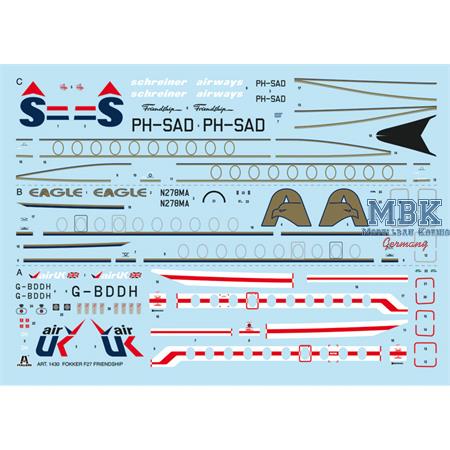 33.95 €
VAT included plus shipping and handling
2 Pieces available
Shipping 1 - 2 days
To the Notepad
Question regarding the Article
Plastic Model Kit for a plane
- Scale 1:72
- not assembled or painted
- color & glue not included

The twin-engine Fokker F-27 Friendship was developed during the fifties by the Dutch airplanes manufacturer to provide a valid successor to the old traditional piston engine Douglas DC-3 in service since the World War II. The Fokker F-27 immediately achieved a good commercial success in civil and military uses and it was even produced under licence in the United States. Thanks to its two 2,250 Hp Rolls-Royce turboprop engines the Fokker was able to reach the max speed of 460 Km/h. Since its start of production it was adopted by a lot of airlines that  found in it the best solution for short-haul routes. The adoption of two turboprop engines, compared to traditional piston engines, reduced vibrations and provided an improved comfort on board. The plane was very versatile and was widely used for freight transport activities, troop transport duties and maritime patrol. 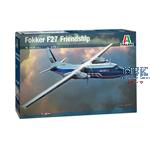 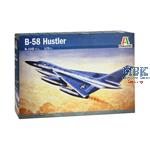 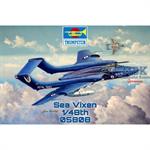 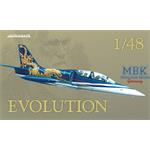 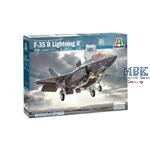 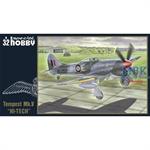