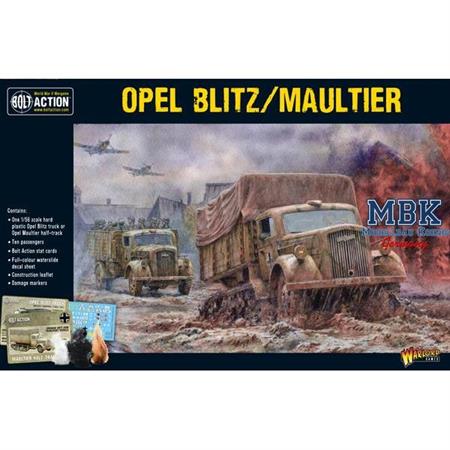 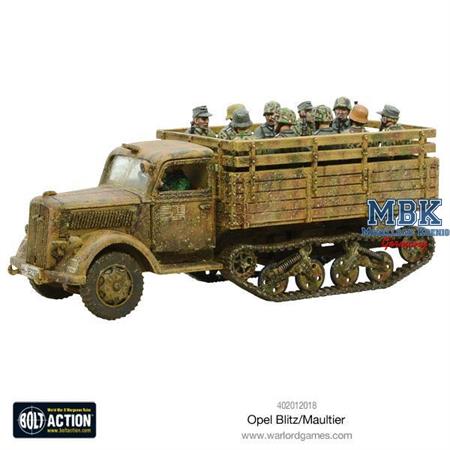 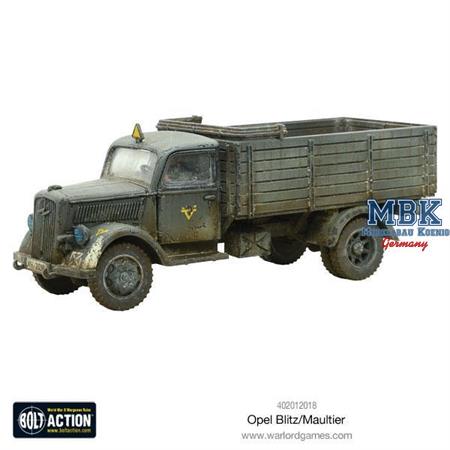 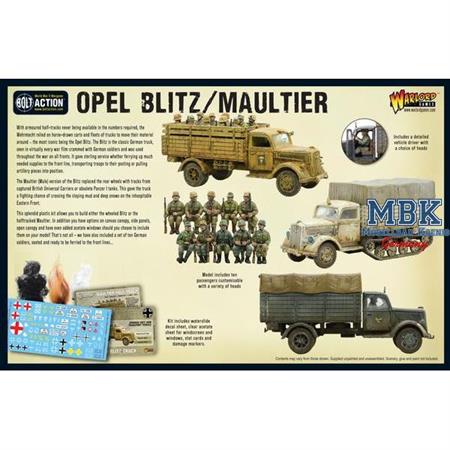 The Opel Blitz came as a Type S 2 wheel drive and a Type A or "Allrad" that had a 4 x 4 chassis, enabling it to cope with most conditions and provided a superb structure on which were built such conversions as a radio truck (a metal and wood superstructure on the rear that housed radio equipment), Kfz. 385 Tankwagon (a specialized fuel tanker conversion), plus a variety of local workshop produced anti aircraft weapon platforms - mounting everything from the standard Wehrmacht 20mm & 37mm AA to the more feared Quad 20mm Flakvierling 38 AA gun.

Perhaps a more famous adaptation was the Opel Maultier "Mule" half-track. Introduced in 1941 following the dire Rasputitsa conditions of the Eastern Front that had brought the entire army to a stand still. This conversion, utilizing the track system of the obsolete Panzer I, gave the German army a very competent all purpose mover and it would see action through out the rest of the war.

The new Warlord Games plastic kit features crisp detail in an easy to build format and allows you to build either the standard Opel Blitz truck with canopy up (open or closed at the rear) or down, or the enigmatic Maultier variant. Plus you'll find all those cool extras, such as data cards and vehicle damage markers, to help field either vehicle on your Bolt Action battlefield!

Don't forget that you will also have a full-colour building guide and waterslide decals to build either variant! 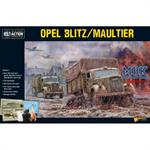