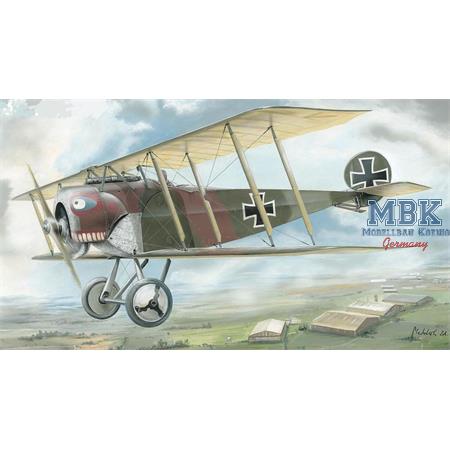 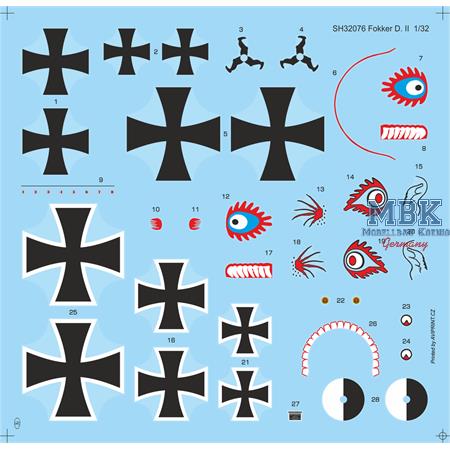 In 1915, Fokker E.I, E.II and E.III monoplanes ruled skies over the Western Front. But their supremacy did not last long, they got obsolete quite soon afterwards and stood no chance against new biplane fighter aeroplanes of the Allies which possessed much better performance. German designers were thus forced to try and find a suitable replacement type quickly. Martin Kreutzer, a Fokker’s designer, came with several varieties of a biplane fighter design designated as the M.17, one of which later reached production status and was known as the Fokker D.II. It was armed with one synchronized machine gun and the first machines of a total of 181 produced got to the front in the summer of 1916 and went on fighting until August 1917. However, beginning with very late 1916, they became to be employed on less exposed sections of the front or just to defend industrial centers against bombing raids of the Allies.

The kit contains three styrene sprues, two of them in short run standard, the third one is produced using metal moulds and brings the smallest items of the kit. A photo etched set and a windshield pre-printed on a piece of clear film are also offered in the kit. The decal sheet caters for two machines, both of which were flown by Lt.Fritz Grünzweig, a fighter pilot also renowned as an excellent painter, cartoonist and a buffoon. His machines were adorned with elaborated mouths and eyes on the cowlings and thus belonged to the most eye-catching of all Fokker D.IIs 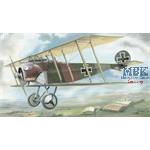 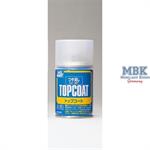