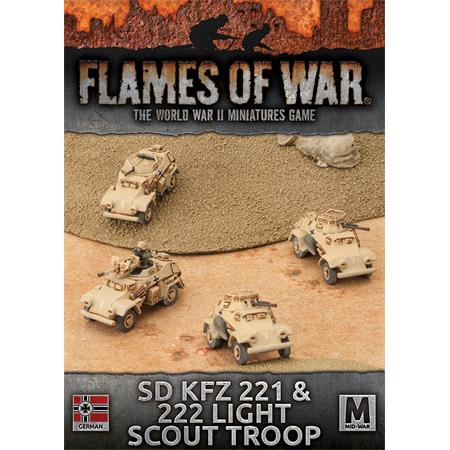 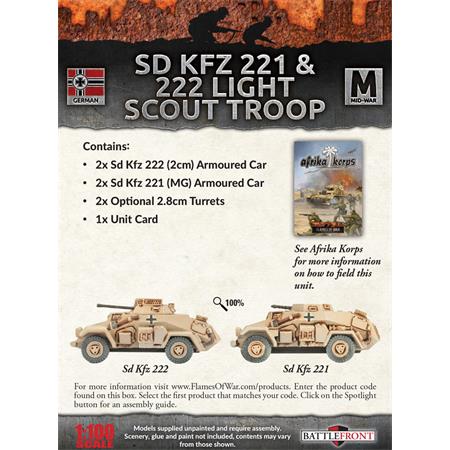 The Afrika Korps used a mix of light and heavy armoured cars for reconnaissance and to protect themselves from marauding British armoured cars.

The scout troops press British armoured cars back with determination, but in the end, they are aware of their limitations and the foolishness of attempting to assault infantry with a wheeled vehicle. 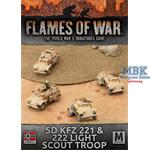