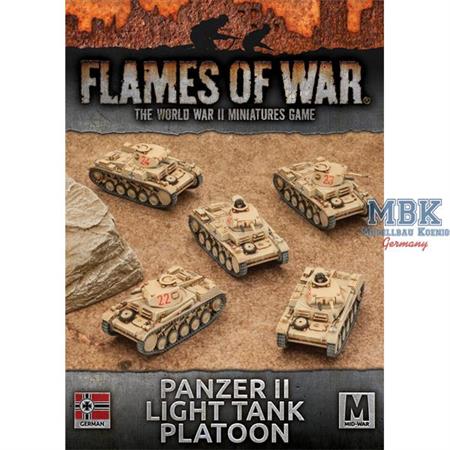 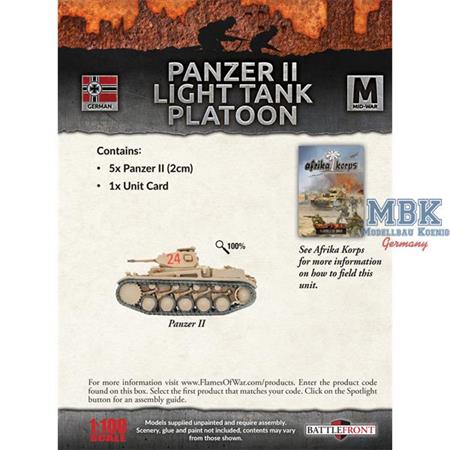 37.95 €
VAT included plus shipping and handling
1 Pieces available
Shipping 1 - 2 days
To the Notepad
Question regarding the Article
Includes five resin and metal Panzer II Tanks, one plastic Commander sprue and one Unit card.

The Panzer II was designed as a training tank, but war overtook Germany's plans and they used it as a light tank.

Because its 2cm gun is effective against armoured cars and light tanks, but has no effect on heavy tanks, it is used to scout out routes of advance and to chase off enemy reconnaissance. 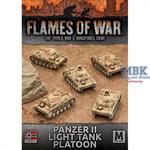