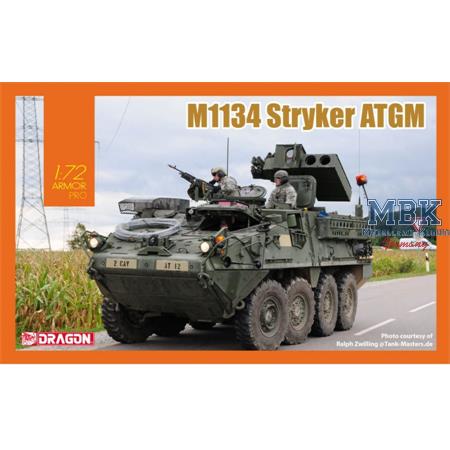 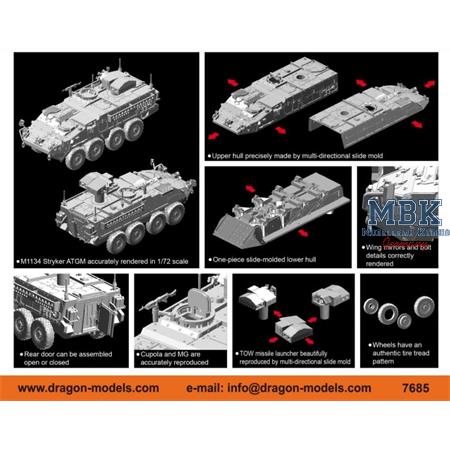 instead of: 19.95 €*
Now: 11.50 €*
VAT included plus shipping and handling
Sonderangebot
More than 5 Pieces available
Shipping 1 - 2 days
To the Notepad
Question regarding the Article
- Plastic model kit

Dragon’s Armor Pro series is delighted to be offering 1/72 scale plastic models of the US Army’s important Stryker 8x8 vehicle family. There are ten Stryker variants in all that are used by the US Army, with the family entering military service in 2002. This particular model, completely newly tooled, represents the M1134 Stryker ATGM, the anti-tank missile variant that provides an anti-armor overwatch capability to Stryker Brigade Combat Teams. Its primary weapon system is an elevated TOW system with twin launcher tubes that fire missiles to a maximum 4km range. There is also a 7.62mm M240B machine gun for the commander. A Stryker Brigade Combat Team has three platoons of M1134s (a total of nine vehicles), each 8x8 vehicle crewed by four soldiers. 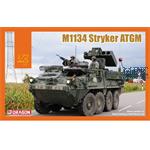 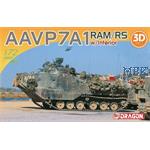 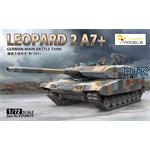 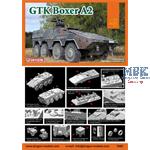 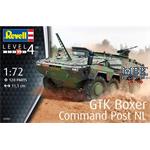 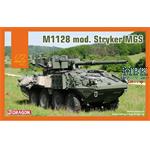