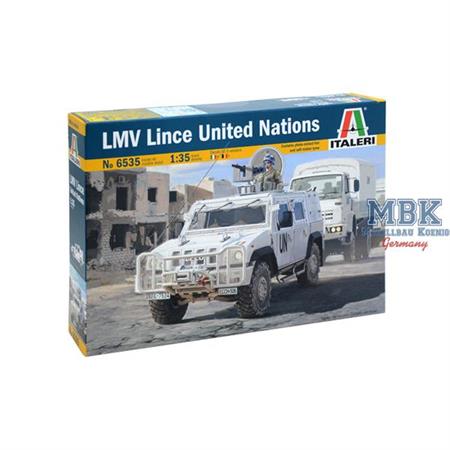 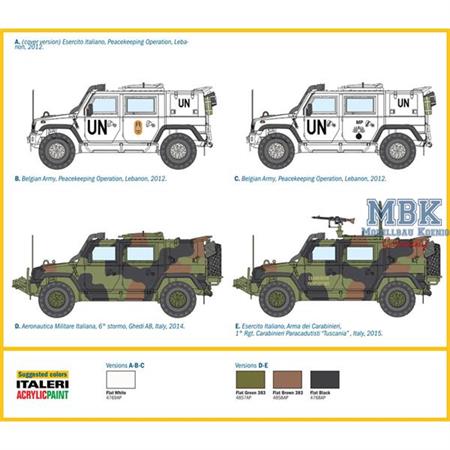 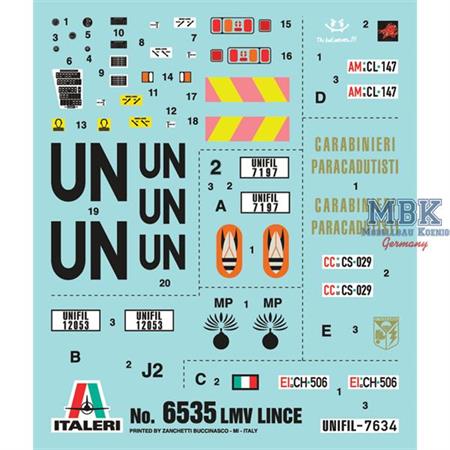 Log in and write a Review
Item Number:
IT6535
Manufacturer
ITALERI
Scale:
1:35

37.50 €
VAT included plus shipping and handling
Unfortunately sold out at the moment
No new delivery date known, if necessary please activate stock alert
To the Notepad
Question regarding the Article
Plastikbausatz
Maßstab 1:35

LMV Lince, produced by Iveco in Bolzano, is the tactical vehicle more demanded at moment for its appreciated defense qualities against small arms, mines and IED. Developed to include all the main characteristics needed in a light armored vehicle, the LMV Lince has reached the widest consensus from those who have used it. In many cases the seat suspension system and the protective plate placed under the cabin have saved many lives, as they considerably reduce the damages during explosions. The sophisticated independent suspension system allows a comfortable travel even during the tough off-road use. The vehicle is in use in many countries, especially in peace-keeping operations, also under the control of the United Nations. In Italy it is used not only by Army, but also by Air Force, Police and other special forces 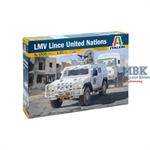