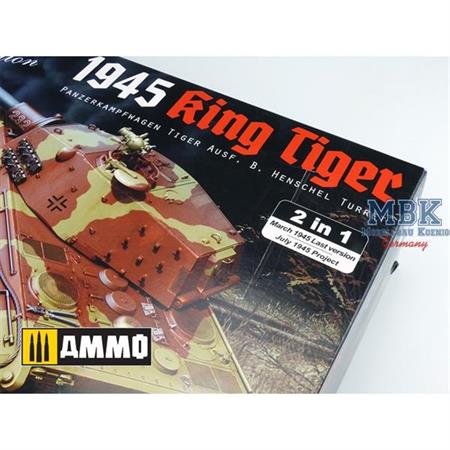 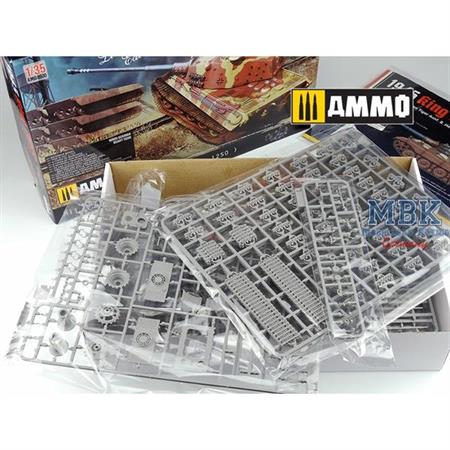 52.50 €
VAT included plus shipping and handling
Unfortunately sold out at the moment
No new delivery date known, if necessary please activate stock alert
To the Notepad
Question regarding the Article
Plastic model kit for a vehicle
- including PE
- 2 Version could be build March 1945 or the What if Juli 1945
- scale 1:35
- Link and length tracks


AMMO by Mig Jiménez is proud to present this new line of plastic kits. The 2 in 1 King Tiger 1945 from AMMO is the first in a range of models devised by Mig Jiménez in collaboration with the prestigious model manufacturer TAKOM, and produced exclusively for AMMO.
The model is a special edition kit for collectors and includes two unique versions not available before, featuring two assembly options, new parts, and unique features.


March 1945 model
This version incorporated the last improvements that entered production with the turret completed by Wegmann in March 1945:

The following modifications were added to the hull rear:

This version would have entered production in July 1945, including many improvements compared to the previous models: 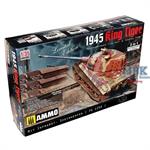