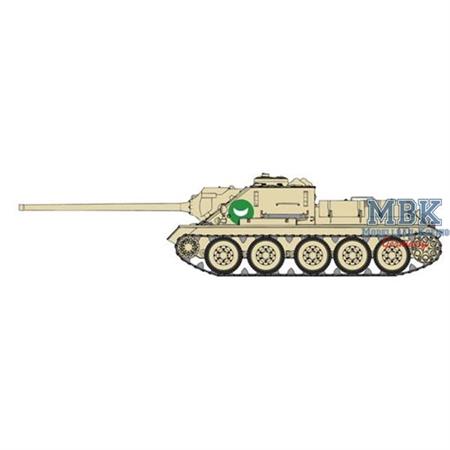 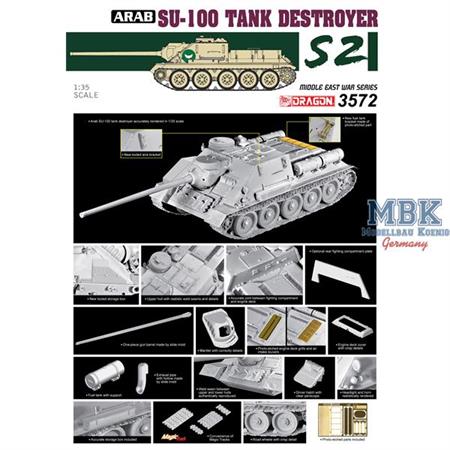 64.00 €
VAT included plus shipping and handling
3 Pieces available
Shipping 1 - 2 days
To the Notepad
Question regarding the Article
The SU-100 was a Soviet tank destroyer armed with a powerful 100 mm anti-tank gun in a casemate superstructure.
It was used extensively during the last year of World War II.

The SU-100 saw service in the fighting that accompanied the 1956 Suez Crisis, in which the Egyptians used SU-100s against Israel's M4 Sherman tanks. The vehicle was also utilized in the 1967 Six-Day War and the 1973 Yom Kippur War. It was modified slightly to adapt it to the sandy conditions of the Middle East. 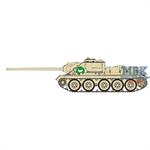