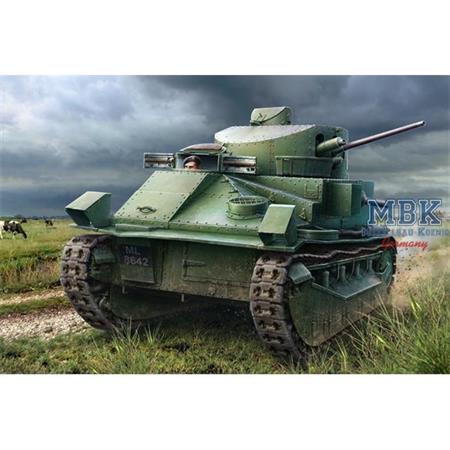 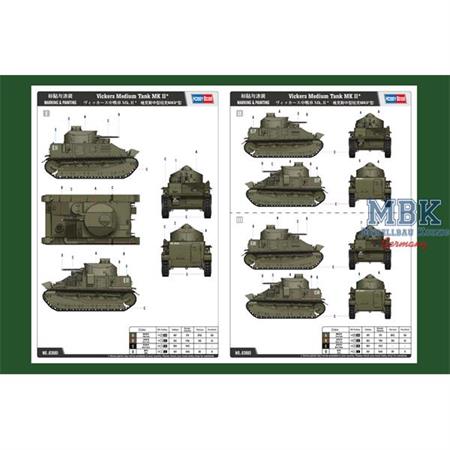 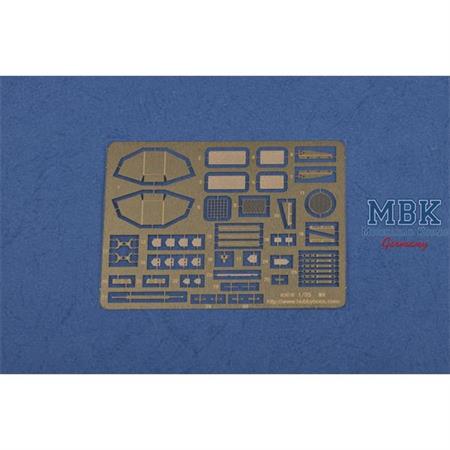 The Medium Mark II, derived from the Vickers Medium Mark I, was developed to replace the last of the Medium Mark Cs still in use. Production and rebuilding ran from 1925 until 1934. The tank was phased out of service from 1939, replaced by the Cruiser Mk I. It featured several improvements over the Vickers Mark I : a higher superstructure with the driver's vizor on top of it instead of in front of it; an improved suspension protected by armour skirts; and Rackham clutches, providing a primitive form of mechanical servo-control. Due to a slightly higher weight its rated speed was somewhat slower than that of the Medium Mark I, at 13 mph compared to 15 mph. 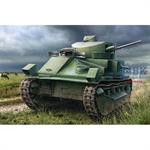