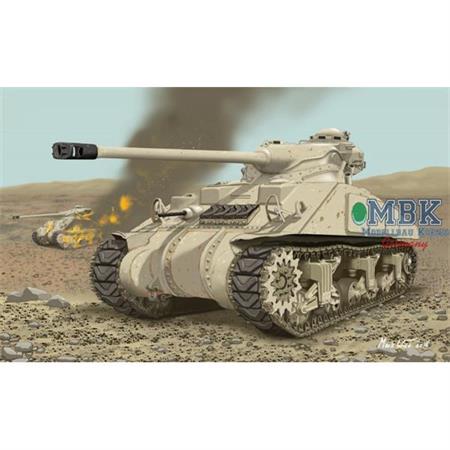 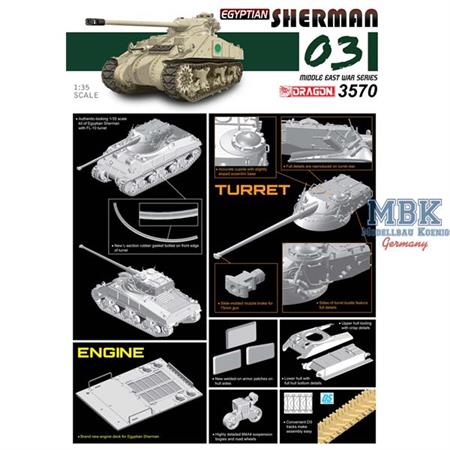 68.95 €
VAT included plus shipping and handling
2 Pieces available
Shipping 1 - 2 days
To the Notepad
Question regarding the Article
Plastic kit
- with DS track
- scale 1:35
- not assembled or painted


We already announced Magach 1, Magach 2, and Magach 3 used by the Israel Defense Forces (IDF). Now it’s time to unveil the first of the IDF’s opponents, and this honor has fallen on an Egyptian Sherman tank. What is special about this tank is the fitment of an FL-10 turret onto a Sherman. Recognizing the limitations of the Sherman’s original 75mm gun, FL-10 turrets were taken from French-built AMX-13 light tanks. This turret with its autoloader allowed the crew to reduce from five to four men. The Shermans also featured diesel engines retrieved from M4A2s. These unique tanks were introduced into Egyptian service in the mid-1950s. However, a great many were destroyed or captured in the Six-Day War by Israel. Postwar evaluations by Israel showed that such special Shermans were similar in capability to its own M51 Isherman.

This 1/35 scale kit is based on Dragon’s excellent Sherman tooling. It thus has crisp details, a high degree of accuracy and very easy-to-assemble DS tracks. To this chassis has been added a brand new turret created especially for this hybrid vehicle. The complex shape of the FL-10 turret from the AMX-13 is extremely well reproduced. Indeed, the oscillating turret of the original FL-10 was basically made of two hinged parts, whereby elevation and recoil were achieved by the upper part moving relative to the lower part. Dragon has captured the turret shape perfectly. For Sherman fans this is a most unusual and desirable tank. And for fans of Middle East conflicts, this Egyptian Sherman is an ideal model to add to any collection!
Customer Reviews 0
Log in and write a Review
0 Reviews 0 Reviews 0 Reviews 0 Reviews 0 Reviews 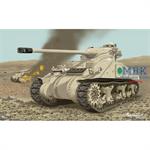 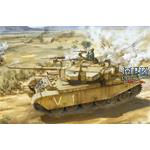 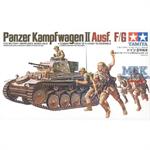 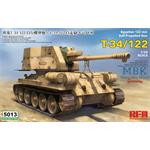 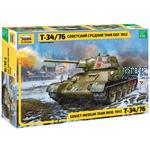 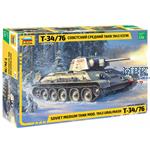