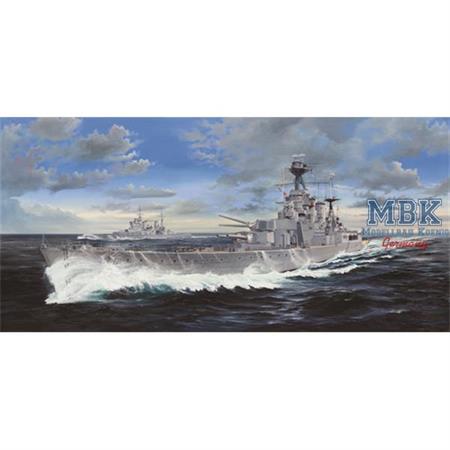 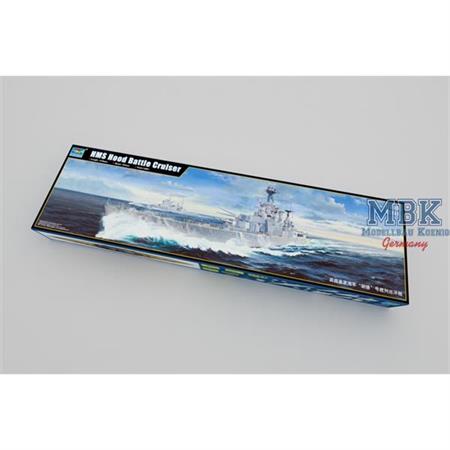 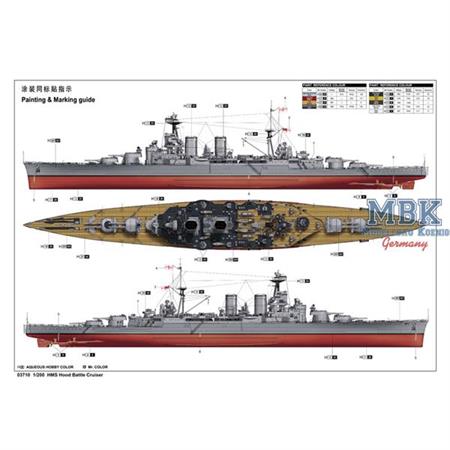 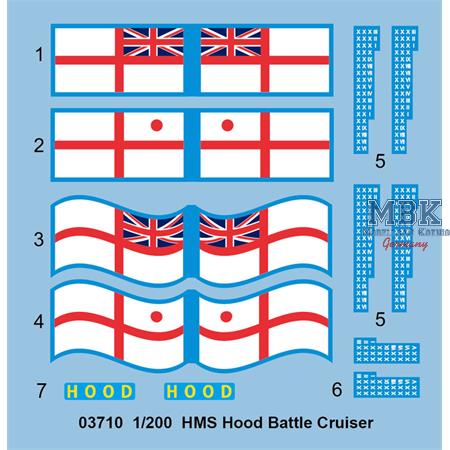 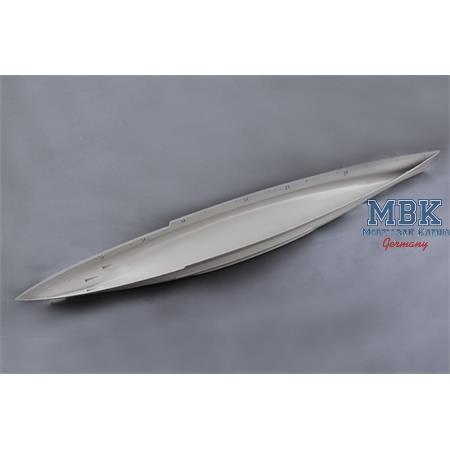 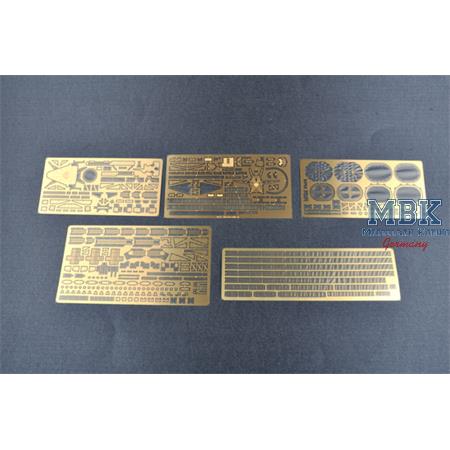 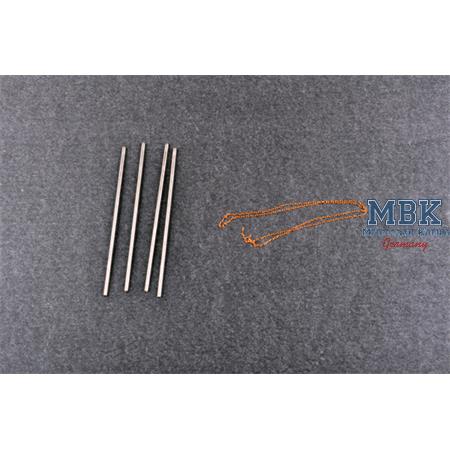 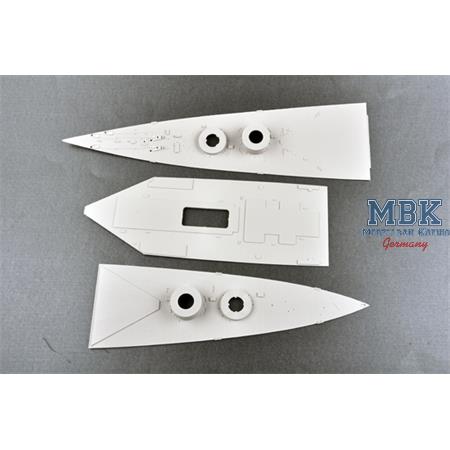 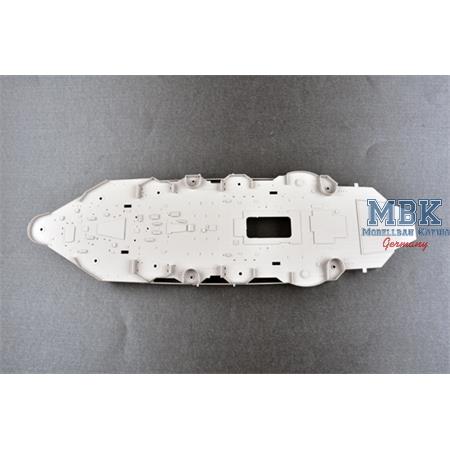 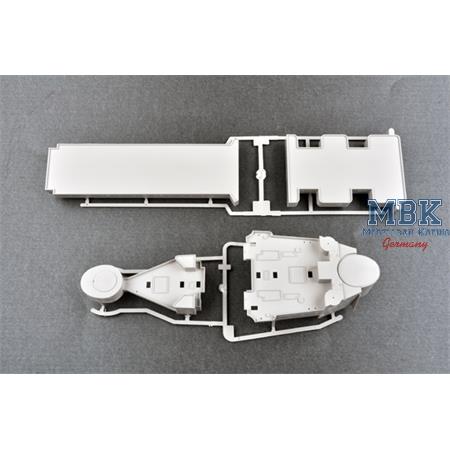 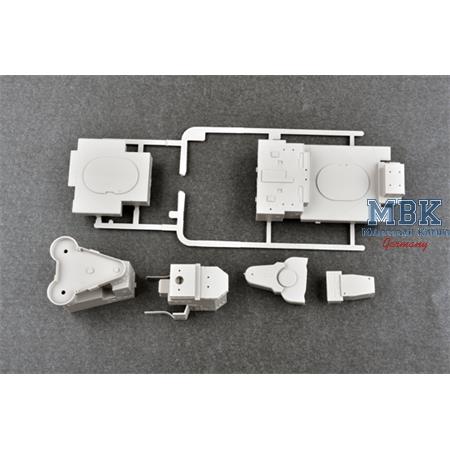 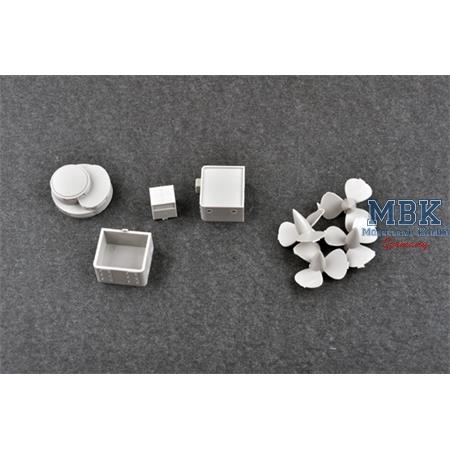 294.90 €
VAT included plus shipping and handling
2 Pieces available
Shipping 1 - 2 days
To the Notepad
Question regarding the Article
Giant 1/200 scale plastic model kit of the British Battlecruiser HMS Hood!
Royal Navy battlecruiser HOOD was built at the Clydebank shipyard in Scotland by John Brown & Co. Ltd., laid down in September 1916, launched in August 1918, and commissioned in May 1920. Planned as one of four battlecruisers of the Admiral class, only HOOD was completed, at the time the heaviest and most powerful warship in the world and pride of the British fleet.

HOOD spent the winter of 1940-41 patrolling the northern waters of the Denmark Strait between Greenland and Iceland, watching over any attempted breakout by German heavy units to attack Atlantic convoys bringing vital supplies to Britain from the USA.

When Germany’s sea pride BISMARCK in company with PRINZ EUGEN got through the patrols, HOOD and the brand new Royal Navy battleship PRINCE OF WALES were despatched to intercept and destroy the German ships. On 24th May 1941 at 05.52, at a range of 22,000 yards, HOOD opened fire. As HOOD and PRINCE OF WALES were steering towards BISMARCK to close the range, BISMARCK replied with accuracy. On the third salvo HOOD was hit close to the main mast, setting her on fire. At 05.55 the British ships began to turn broadside to the German ships to enable all guns to open fire. As they did so the fifth salvo from BISMARCK struck HOOD in its magazine. The catastrophic explosion tore HOOD apart and she split in two, sinking in minutes.

There were only three survivors from her crew of 1,418 men, the Royal Navy's greatest single loss of the Second World War. To avenge the loss of HOOD, the order was given to “Sink the Bismarck”. More than 2,000 Kriegsmarine sailors perished when BISMARCK sank on 27th May 1941. The wreck of HOOD was located in 2001 and is a designated war grave.
Customer Reviews 0
Log in and write a Review
0 Reviews 0 Reviews 0 Reviews 0 Reviews 0 Reviews 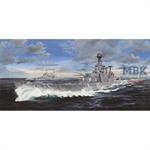