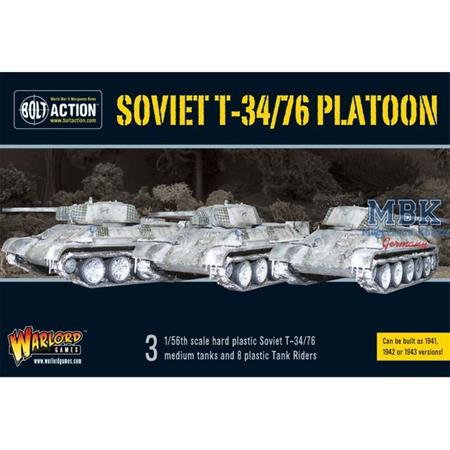 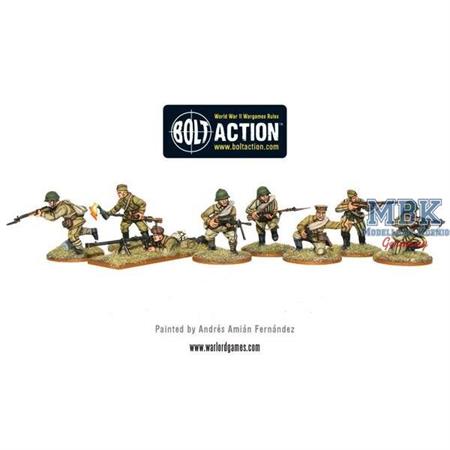 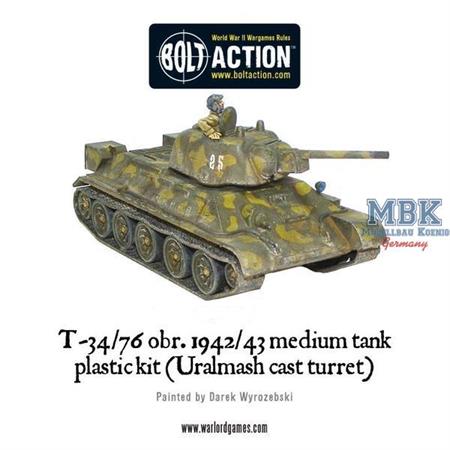 1
Item Number:
BA-WBG-START-19 (281
Manufacturer
Bolt Action
Scale:
1:56
47.95 €
VAT included plus shipping and handling
Unfortunately sold out at the moment
No new delivery date known, if necessary please activate stock alert
To the Notepad
Question regarding the Article
The T-34 tank design is arguably the most important tank of all time with over 84,000 made and innovative design features.

The T-34/76 first saw action in late 1941, and was a significant leap forward in tank design – a rugged, no-nonsense anatomy and wide tracks enabled it to cope with the mud and snow of the Eastern Front. It married the perfect combination of thick, sloped armour and an efficient gun, along with extreme sturdiness, reliability, ease of manufacturing and maintenance.
German tanks struggled in the cold conditions of the Eastern Front – the rubber peeling away from the road wheels, engines being slow to start and needing to be slowly warmed-up, machine guns jamming constantly, and the narrow tracks of
the Panzer III and IV causing them to sink into the snow and mud. The T-34s ran circles around the struggling German hardware – especially as the Luftwaffe was more often than not grounded due to the bad weather, so couldn't harry the Soviets. 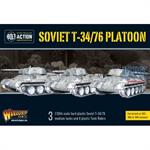