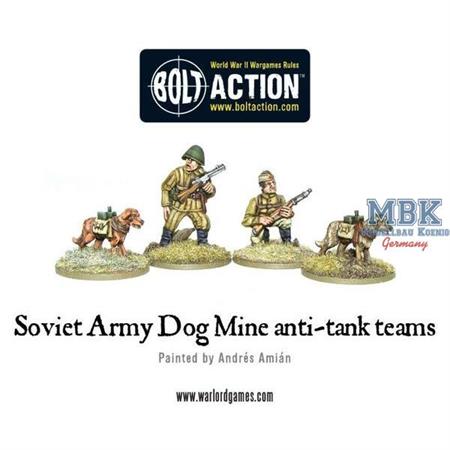 Log in and write a Review
Item Number:
BA-WGB-RI-38 (330)
Manufacturer
Bolt Action
Scale:
1:56
5.95 €
VAT included plus shipping and handling
Unfortunately sold out at the moment
No new delivery date known, if necessary please activate stock alert
To the Notepad
Question regarding the Article
Anti-tank dogs  (German: Panzerabwehrhunde or Hundeminen, "dog-mines") were dogs taught to carry explosives to tanks, armored vehicles and other military targets. They were intensively trained by the Soviet military forces used in 1941–1942 against German tanks in World War II. Although the original dog training routine was to leave the bomb and retreat so that the bomb would be detonated by the timer, this routine failed and was replaced by an impact detonation procedure which killed the dog in the process. 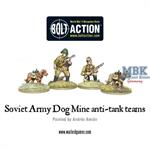