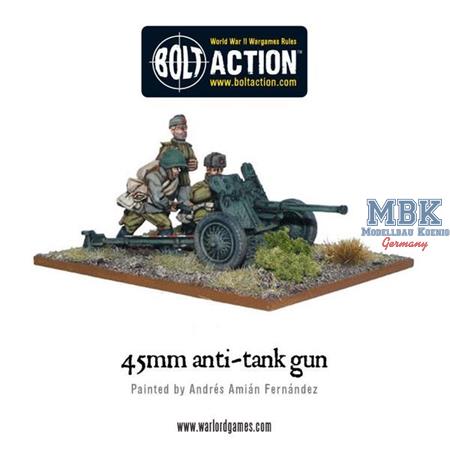 Log in and write a Review
Item Number:
BA-WGB-RI-28 (329)
Manufacturer
Bolt Action
Scale:
1:56
12.50 €
VAT included plus shipping and handling
Unfortunately sold out at the moment
No new delivery date known, if necessary please activate stock alert
To the Notepad
Question regarding the Article
The 45mm anti-tank gun was to be found at Company level all over the Russian front. Low slung and highly manouverable, it was under powered by mid-war but was kept in the Soviet inventory until after the war, proving that to a very pragmatic army like the Soviets, it had its uses. 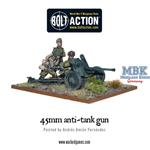