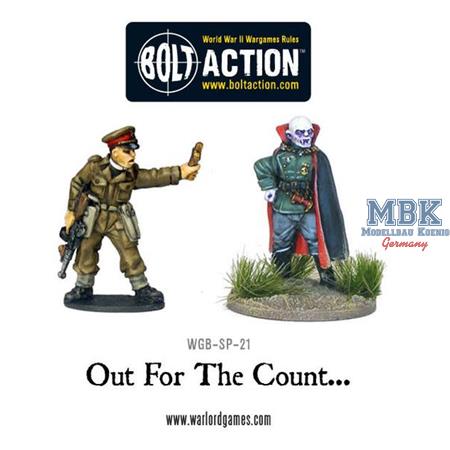 Bolt Action: Out For The Count...

Log in and write a Review
Item Number:
BA-WGB-SP-21 (346)
Manufacturer
Bolt Action
Scale:
1:56
4.95 €
VAT included plus shipping and handling
Unfortunately sold out at the moment
No new delivery date known, if necessary please activate stock alert
To the Notepad
Question regarding the Article
Major Terntadust has long been the head of the British secret army division against paranormal activities.

Churchill ordered his ministers to create a secret division in the British army to combat the recent reports of supernatural creatures in the German lines.

This Vamphyr is straight from Hitler’s Occult units. Hitler’s secret division has long been researching the powers of the occult and how to harness the powers of Darkness, to use against the allied forces.

This Vamphyr has seen many fights with the heroic Major Terntadust narrowly escaping on all occasions. 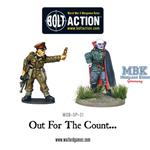 Bolt Action: Out For The Count...