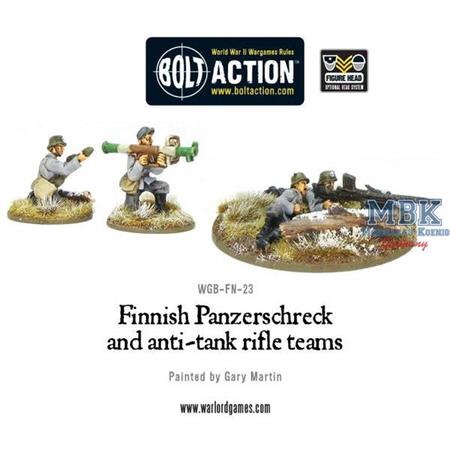 Log in and write a Review
Item Number:
BA-WGB-FN-23 (384)
Manufacturer
Bolt Action
Scale:
1:56
9.95 €
VAT included plus shipping and handling
1 Pieces available
Shipping 1 - 2 days
To the Notepad
Question regarding the Article
Faced with the vast forces of the Soviets, the courageous and resourceful Finnish soldiers, masters of fieldcraft, sniping, and small unit tactics, slowed and then began to roll back the massive Soviet assaults.
The Panzerschreck was designed as a lightweight infantry anti-tank weapon. The weapon was shoulder-launched and fired a fin-stabilized rocket with a shaped-charge warhead. It was made in smaller numbers than the Panzerfaust, which was a disposable recoilless gun firing an anti-tank warhead. It was an enlarged copy of the American bazooka 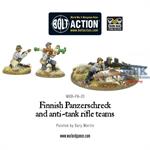