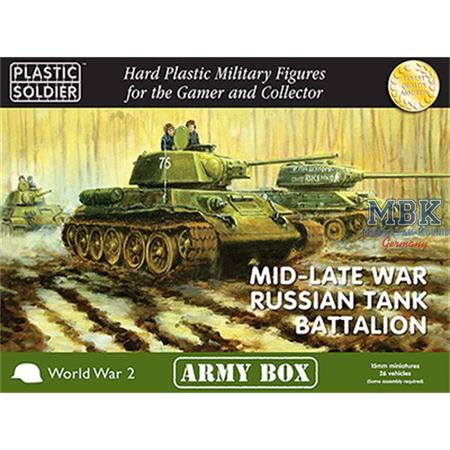 Log in and write a Review
Item Number:
psc-ab15004
Manufacturer
Plastic Soldier Co
Scale:
1:100
77.50 €
VAT included plus shipping and handling
Unfortunately sold out at the moment
No new delivery date known, if necessary please activate stock alert
To the Notepad
Question regarding the Article
You can now fight the largest tank battle in WW2, Kursk with this Mid/Late war Russian tank battalion box set. Whether you are trying to stall the German forces during the summer of 1943 or pushing them back to the gates of Berlin, this box set will give you the chance to recreate some of the greatest tank battle during WW2. Included you will get a massive 21x T34/76's or 85's and 5x T70's. Also include will be a decal pack with stars, guards, slogans and turret numbers. 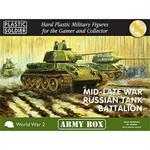