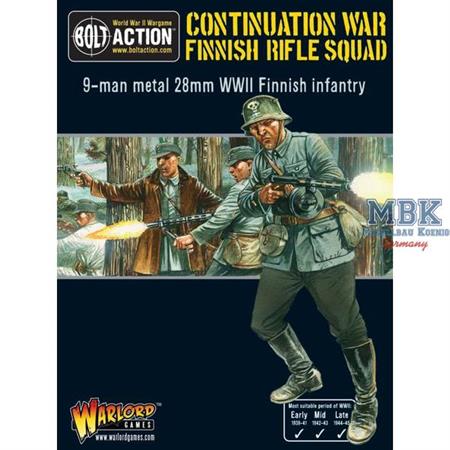 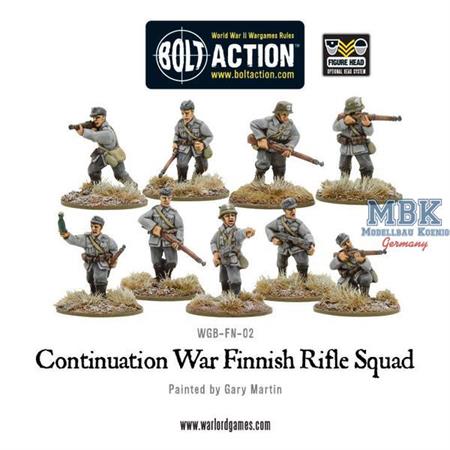 Log in and write a Review
Item Number:
BA-WGB-FN-02
Manufacturer
Bolt Action
Scale:
1:56
14.50 €
VAT included plus shipping and handling
Unfortunately sold out at the moment
No new delivery date known, if necessary please activate stock alert
To the Notepad
Question regarding the Article
The vast Soviet military machine that invaded Finland during the Winter War of 1939-1940 was stunned by the lightly armed but intensely motivated and skilled Finnish troops. The Soviets were outfought despite hugely superior weight of numbers. Although eventually seeking terms the Finns had delivered a harsh lesson to their rapacioius neighbours.

When the Soviet Union - having by then joined the Allies - again attacked in 1941, the Finns were left with little option but to side with Germany in a conflict known as the Continuation War, making good use of German weaponry.

The Finns were masters of fieldcraft, sniping, and small unit tactics that hit hard then disappeared into the dense forests. Their weapons were light but used with great dexterity, and many made use of captured Russian kit as there was always plenty left behind after the Finns had struck!

These miniatures are mostly dressed in standard issue M36 tunic and armed with a variety of Finnish weaponry and so are most suitable for use in Continuation War (1941-1944) against the might of the Soviet Union. Dig in and stop the arrogant Russians marching into brave Finland! 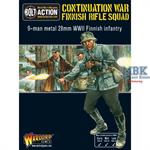