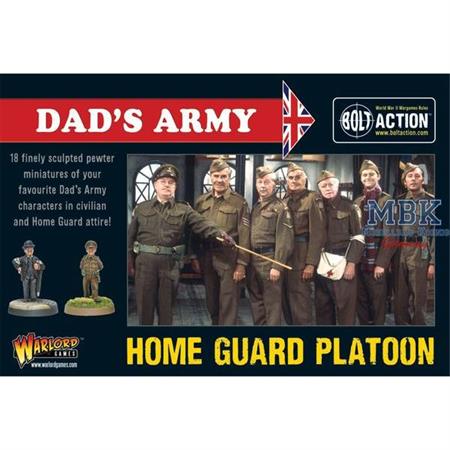 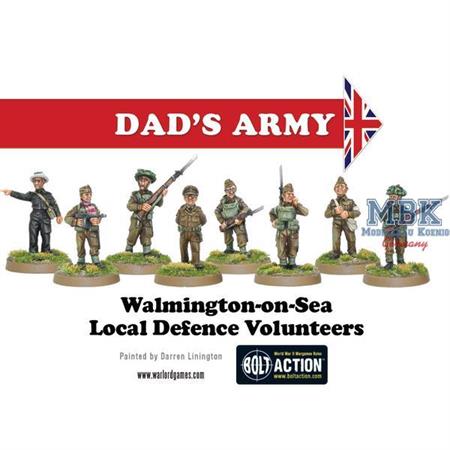 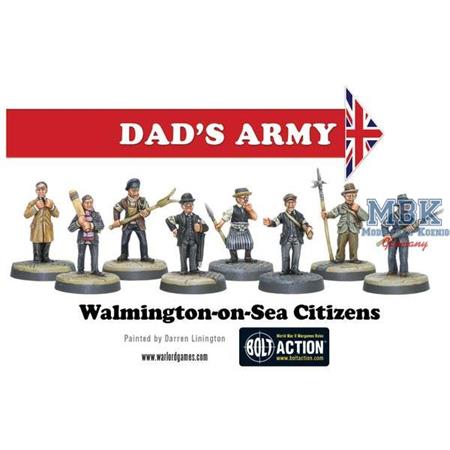 Log in and write a Review
Item Number:
BA-WGB-BI-06
Manufacturer
Bolt Action
Scale:
1:56
38.50 €
VAT included plus shipping and handling
Unfortunately sold out at the moment
No new delivery date known, if necessary please activate stock alert
To the Notepad
Question regarding the Article
During the dark days of 1940, Britain was under dire threat of Nazi invasion. A massive citizen army, the Local Defence Volunteers, was raised to defend their families and homes. Although armed with old or ad hoc  weapons and equipment the Home Guard, as it became known, was a vital part of the defence of British shores. Based on these proud defenders of the realm, the classic TV series, Dad’s Army produced some of television's most enduring catchphrases and characters as it followed the adventures of Walmington-on-Sea's Home Guard platoon.

Also included are plastic bases and a leaflet chronicling Dad’s Army and how you can field them in games of Bolt Action on the tabletop... 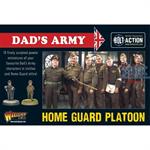