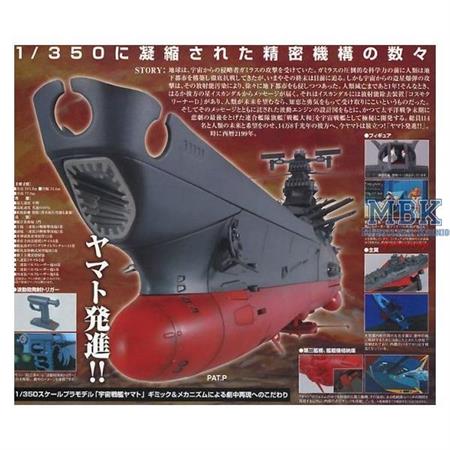 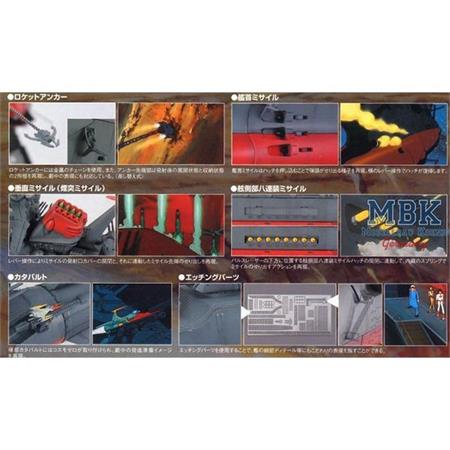 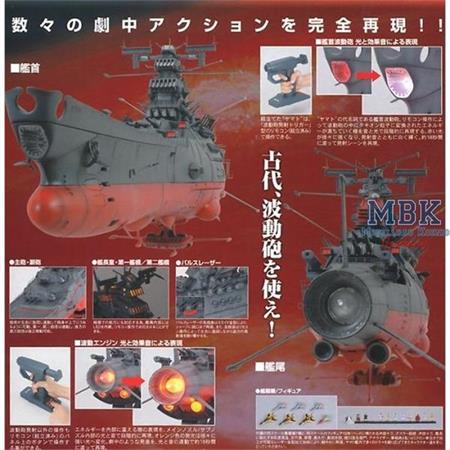 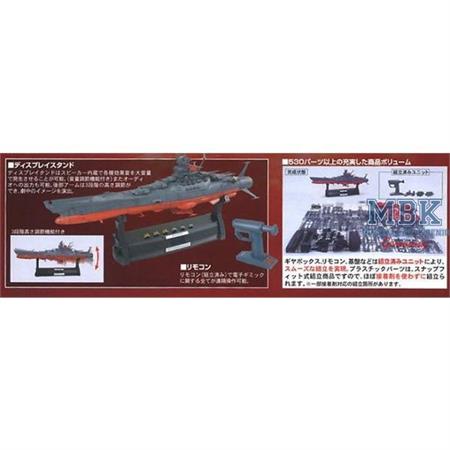 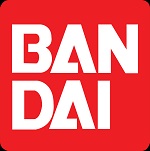 Beschreibung des Herstellers:
There have been many, many Space Battleship Yamato models--Yamato is, after all, a seminal anime series--but Bandai is really pulling out all the stops for this Yamato extravaganza! This giant 1/350 scale model kit helps you relive the experience of watching Yamato, with all of its drama, romance and adventure. It's truly a must-have for those of us who have never been able to forget the many voyages of the Yamato and her valiant crew.
With this model kit, you don't just get a lavishly detailed recreation of the mighty space battleship--you get a model that moves, makes sound, and lights up. With a little imagination, it's almost like being on the bridge with Capt. Okita, Kodai and Yuki (and of course, Analyzer--so watch your back).
The kit comes complete with a remote shaped like the wave motion gun control, which allows you to operate all of the light, sound and movement functions. Put on your goggles and take aim!

Wave Motion Engine (Sound, Light):
The Yamato's peerlessly powerful engine propels the space battleship from star to star. It powers the wave motion gun and allows the Yamato to warp light years. Light and sound from the main and sub engine nozzles are used to reproduce the effects of the energy stored inside the ship. The light is orange, and steadily increases in strength until it's very bright. As the light brightens, a distinctive "ju-ju-ju-ju-bo" sound (that's how Bandai hears it, anyway) is heard. The effect lasts about 18 seconds. The inside of the engine nozzles is exquisitely detailed.

Wave Motion Gun (Sound, Light):
The wave motion gun is the Yamato's defining weapon, and with this kit, it's almost like energy is actually being transformed into tachyon particles before your very eyes. When you fire the gun, a red light appears that grows steadily stronger, until the sound of the wave motion gun firing is heard, and the light turns white!

Main Guns (Movement, Sound):
The second and third gun batteries represent the Yamato's main offensive weapons, and have been lavishly reproduced. The turrets rotate, and the gun barrels move up and down. The fore and aft guns move separately, and the noise of the guns firing is extremely realistic.

Pulse Lasers (Movement, Sound):
The pulse lasers on the side of the ship are for defending the Yamato from attacking fighters. There are a total of 36 gun turrets on the starboard and port sides, and the turrets rotate while the guns make firing sounds. The pulse lasers on both sides can be made to move in conjunction, and the detailing on the guns themselves is fantastic.

Figures:
12 to-scale figures are also included: Captain Okita (both standing and lying on his deathbed), Kodai, Yuki, Shima, Sanada, Tokugawa, two faceless crewmembers, and Analyzer...and...Desslar! Because, yes, this kit is just that cool.

Instructions are in Japanese, but are well-illustrated with drawings. Much of the kit snaps together, but glue is also needed for some parts. Parts are molded in color, but the kit will look much better painted. 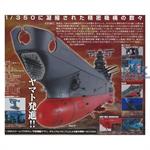