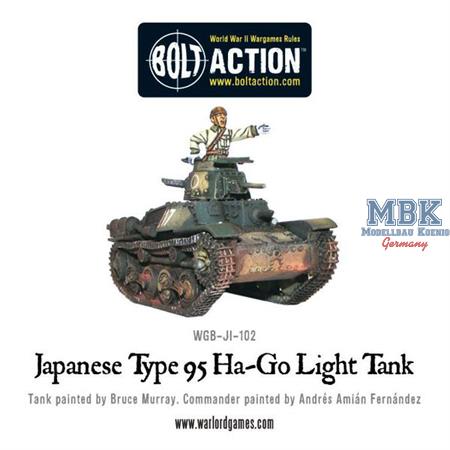 Log in and write a Review
Item Number:
BA-402416005 (173)
Manufacturer
Bolt Action
Scale:
1:56
18.50 €
VAT included plus shipping and handling
Unfortunately sold out at the moment
No new delivery date known, if necessary please activate stock alert
To the Notepad
Question regarding the Article
The Type 95 Ha-Go was a light tank used by the Imperial Japanese Army in combat operations in the Second World War. It proved sufficient against infantry, but, like the American M3 Stuart, it was not designed to fight other tanks. Approximately 2,300 units were produced, making it the most numerous Japanese armoured fighting vehicle of the time.

Contains a resin and metal vehicle. 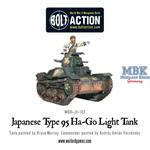