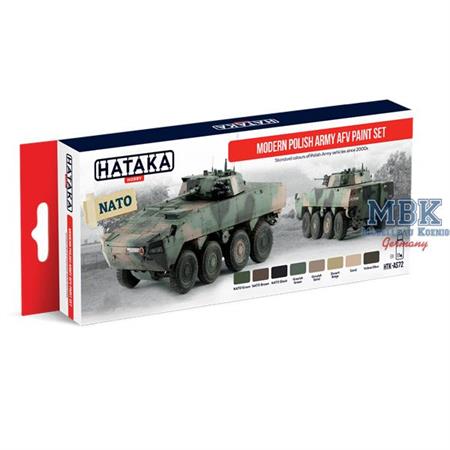 After joining NATO the Polish Army started to gradually implement the standard "NATO 3-colour scheme". In reality the colours used often did not comply with the official samples (e.g. several variants of green are still observed). In 2014 the new scheme was presented (featuring different brown and green shades) - claimed to be more effective vs. typical Polish landscape. Since then several types have been repainted (incl. PT-91, Rosomak, Dana, Osa), however Leopard 2A5s have recently returned to the original NATO colours. Polish mission to Afghanistan required development of desert camouflage for Rosomak IFVs, while US-originated desert patterns were inherited with HMMWVs and M-ATVs. 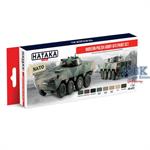