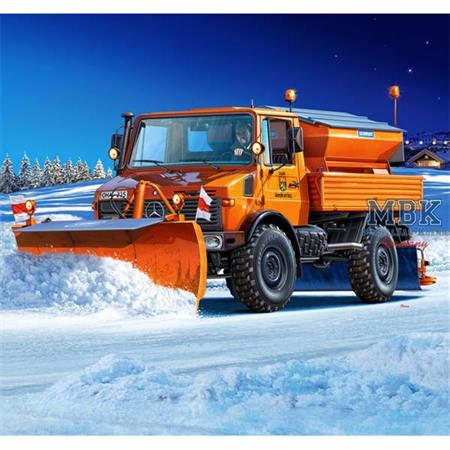 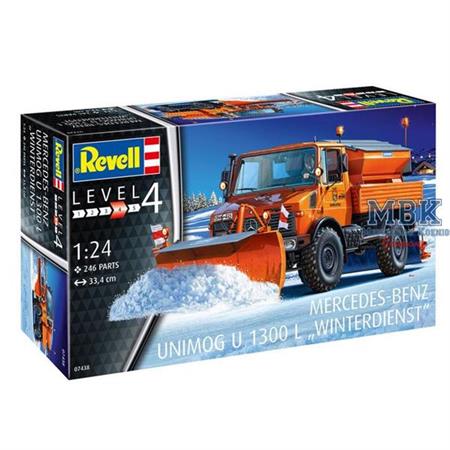 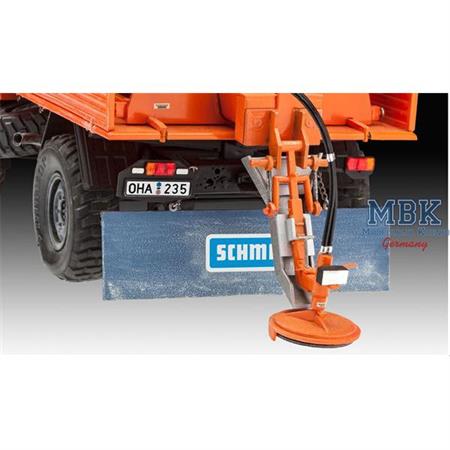 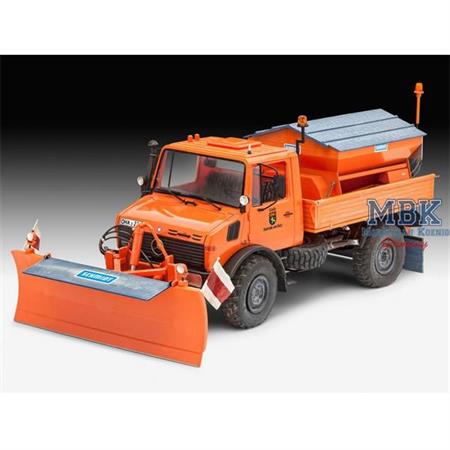 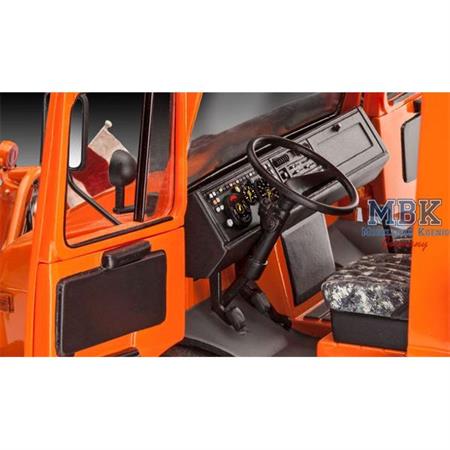 44.95 €
VAT included plus shipping and handling
Unfortunately sold out at the moment
No new delivery date known, if necessary please activate stock alert
To the Notepad
Question regarding the Article
This all-wheel drive Unimog was used mainly in mountainous areas during winter as a snow plough and road gritting vehicle. Because it had high load carrying front axles it was fitted with a specially designed front-end snow plough. Its rear mounted hopper held 3 m³ of spreading material which was distributed by the spreader plate at the rear. 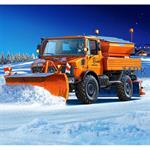