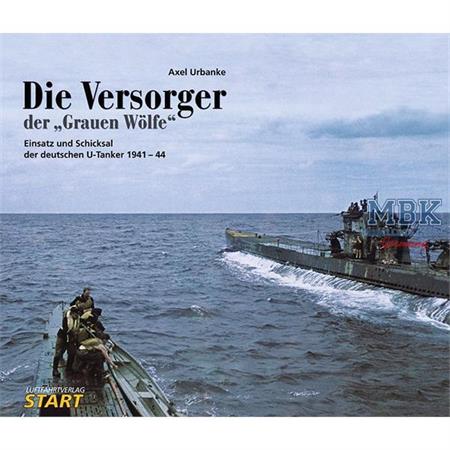 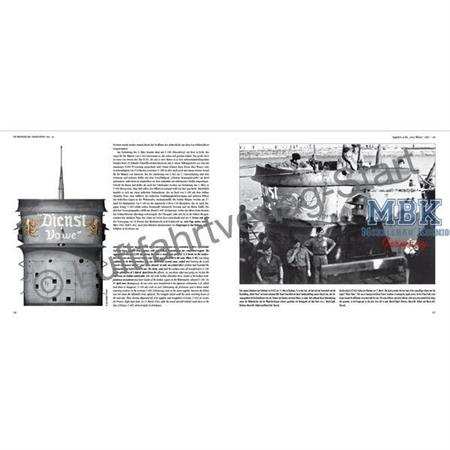 59.00 €
VAT included plus shipping and handling
1 Pieces available
Shipping 1 - 2 days
To the Notepad
Question regarding the Article
To the Allies they were target number one - the German submarine tankers. The Allied hunter-killer groups had express orders to sink the tankers first. The enemy knew that the German submarine tankers made it possible for U-boats to operate off the east coast of the United States, South Africa, the west coast of Africa and the Caribbean. Unlike conventional tankers, these large Type XIV submarines, also known as “milk cows”, could reach their areas of operation without being discovered. The submarine tankers carried sufficient fuel, provisions, torpedoes and spare parts for up to 24 U-boats, doubling or tripling their normal endurance. The “milk cows” also carried a doctor who could treat sick or injured crewmen.

In 1942 the submarine tankers were able to rendezvous with the combat submarines at prearranged locations largely undisturbed. In 1943, however, all this changed. From the beginning of the year, the Allies succeeded in decoding German radio transmissions and from these intercepts learned where the tankers and operational boats would be meeting. From then on the tankers were hunted down relentlessly. Wherever the “milk cows” surfaced, Allied anti-submarine groups were waiting. Rapid transfer of supplies, often in bad weather, rendezvous points changed at the last minute, and attacks by Allied ASW aircraft became a part of everyday life for the “milk cow” crews. They often worked to the limits of their physical and mental endurance to complete their mission. In the end, all of the submarine tankers were sunk by the Allies, the last in the summer of 1944. Hundreds of men went down with the submarines. 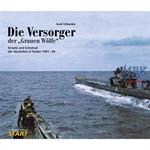 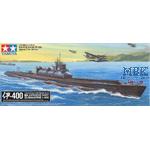 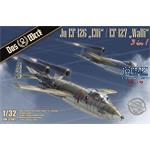 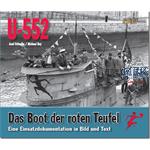 U-552 Das Boot der roten Teufel
67.50 €*
All prices including VAT plus Shipping
² Original price of the dealer
³ Suggested retail price