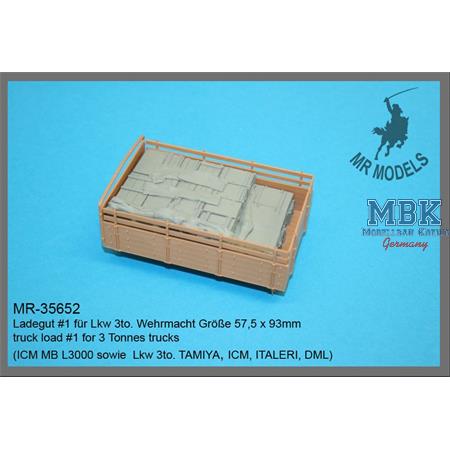 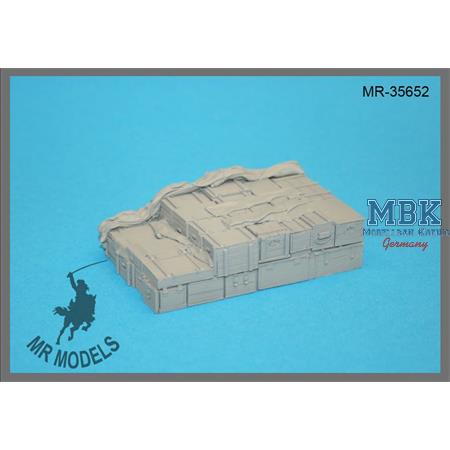 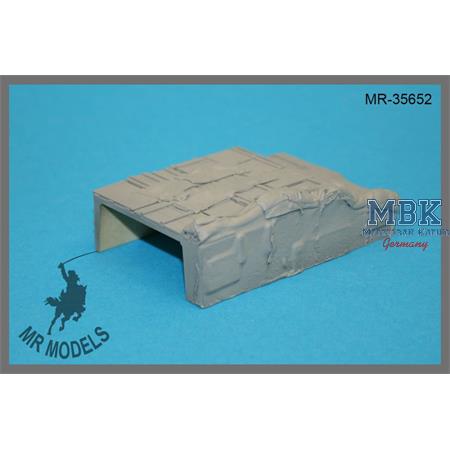 Log in and write a Review
Item Number:
MR35652
Manufacturer
MR-MODELLBAU
Scale:
1:35
21.50 €
VAT included plus shipping and handling
4 Pieces available
Shipping 1 - 2 days
To the Notepad
Question regarding the Article
Resin accessories
- 1:35 scale
- not built or painted

Load truck 3to. Mercedes L3000
During the Second World War, the transport of supplies on trucks in the form of general cargo was common practice for all armed forces. The load MR-35652 was modeled after such a load with boxes, boxes, cardboard boxes, sacks, bundles, rolls and numerous other transport goods, consisting of two components with a hollow cast body and a side part, which a certain adjustment to different 1:35 truck flatbeds enables. The article was specially developed for the ICM kit No. 35420 of the Mercedes L3000 and has a footprint of approx. 57.5 x 93 mm. With little effort, this load can also be adapted to truck beds of a similar size, e.g. from TAMIYA, ICM, ITALERI, DML 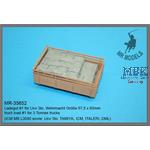 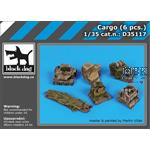 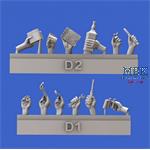 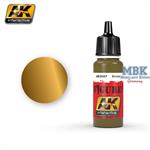 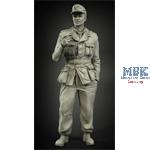 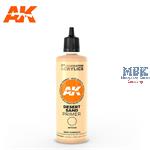