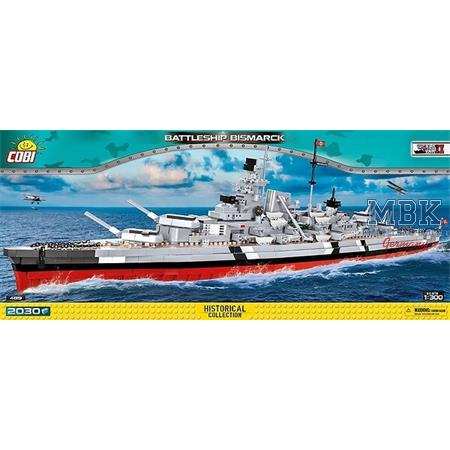 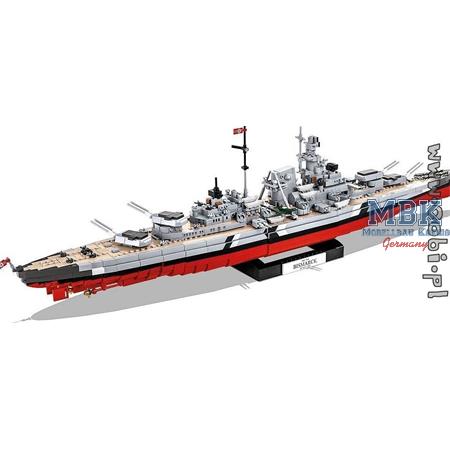 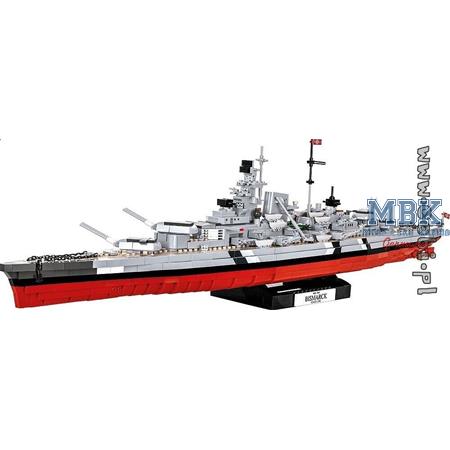 The Bismarck was the most famous German battleship from the second world war. Construction began on July 1, 1936 in Hamburg, Germany. Construction was completed in August of 1940. It was the twin to another famous battleship, the Tirpitz. The Bismarck conducted only one offensive operation before being sunk on may 27, 1941. The battleship had a length of 250.5 m, Width 36 m, and its crew consisted of nearly 100 officers and 2500 sailors. One June 8, 1989 at a Depth of 4, 750 meters, oceanographer Robert Ballard found the wreckage of the ship. This new model from COBI is finely crafted 1:300 scale and is made up of nearly 2, 030 blocks. Once completed it is an impressive 84.5 cm (33.2") in length. No detail was spared in creating the largest COBI set to date. It has many moving parts such as propellers, rudders, rotating towers and gun barrels, which can be raised and lowered. The set comes with a block stock stand with the pad-printed name of the ship emblazoned on it. Because of its size and complexity, the model is recommended for veteran collectors and experienced fans of blocks. 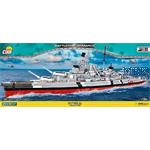