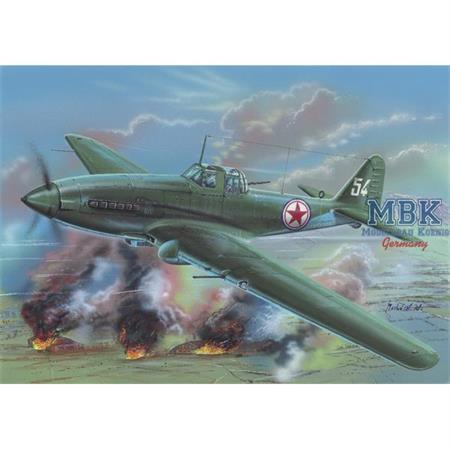 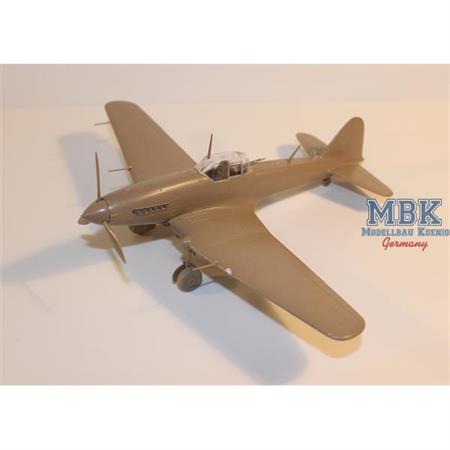 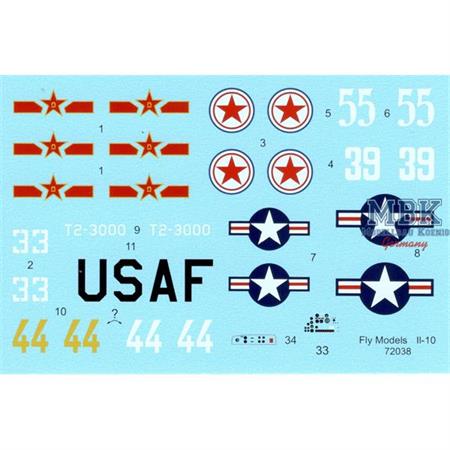 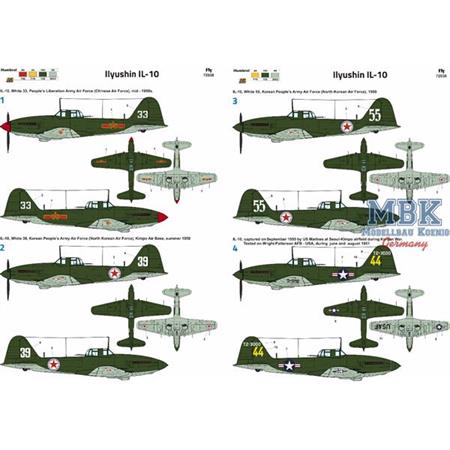 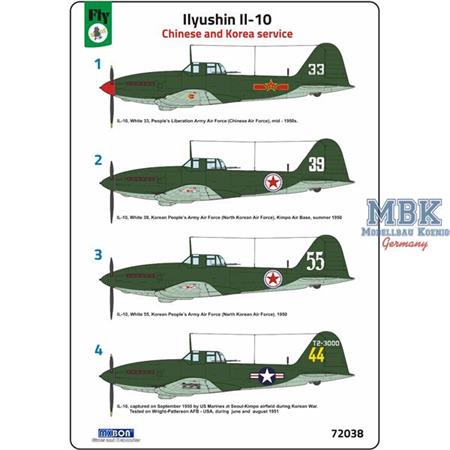 Log in and write a Review
Item Number:
FLY72038
Manufacturer
FLY
Scale:
1:72
17.50 €
VAT included plus shipping and handling
Out of Stock
Article is coming
To the Notepad
Question regarding the Article
The Ilyushin Il-10 was a Soviet ground attack aircraft developed at the end of World War II by the Ilyushin construction bureau.

In the late 1940s, 93 Il-10 and UIl-10s were given to North Korea. They were then used in the 57th Assault Aviation Regiment during the early phase of the Korean War. They were initially used with success against the weak anti-aircraft defense of South Korean forces but then they suffered heavy losses in encounters against the USAF fighters and were bombed on the ground themselves.
From 1950, Il-10s were used by the People's Republic of China, in two regiments of an assault aviation division. 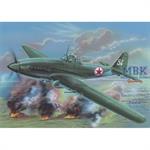 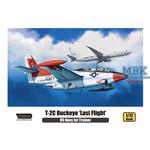 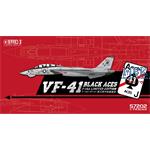