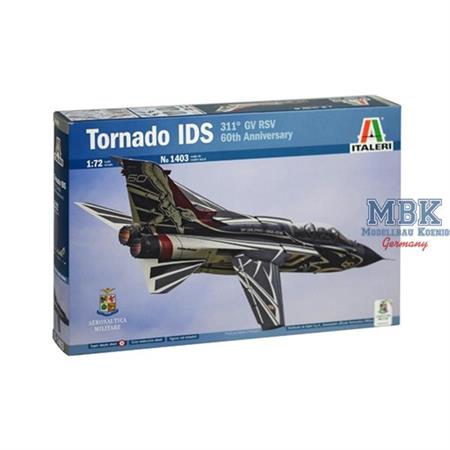 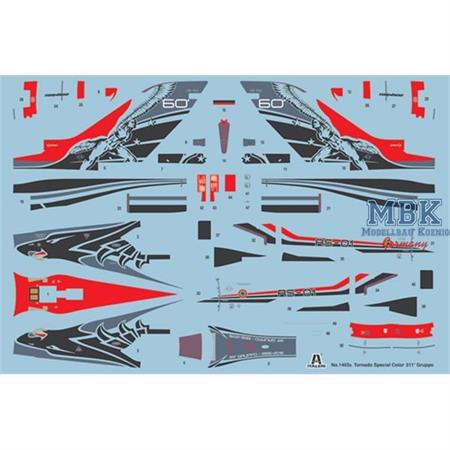 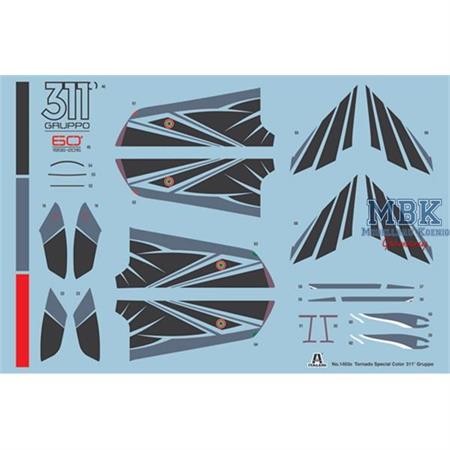 Log in and write a Review
Item Number:
IT1403
Manufacturer
ITALERI
Scale:
1:72

17.50 €
VAT included plus shipping and handling
Unfortunately sold out at the moment
No new delivery date known, if necessary please activate stock alert
To the Notepad
Question regarding the Article
The first November 1956 the Reparto Sperimentale Volo flight group of the Italian Air Force was born. The department was soon identified by the number 311 that is still present nowadays on the planes. To celebrate the sixty years of activities a dedicated commemorative livery has been developed and adopted on a Tornado IDS. It has been used during the commemorative event of October 2016 and it has generated a great interest and an impressive success. Today the “311” flight group is one of the most advanced aeronautical testing and experimental centres in the World and it is formed by highly trained and skilled personnel. The Tornado IDS, was developed by a partnership program, during the '70s, between Italy, Britain and Germany to develop a modern multi-role combat aircraft air attack. With almost 1,000 units produced, the Tornado is a Milestone of the military aviation.

Plastic Model Kit for a plane
- Scale 1:72
- not built/painted
- color & glue not included

On Oct. 27, 2016 the RSV (Reparto Sperimentale Volo), the Italian Air Force Test Wing responsible for the development, testing and validation of all the flying “hardware” (aircraft, sensors, weapons, etc.) based at Pratica di Mare, near Rome, rolled out a Tornado IDS sporting a special color scheme.

The new livery applied to the “Tonka” serialled CSX 7041, celebrates the 60th anniversary of the 311° Gruppo (Squadron) the unit responsible of the aerial displays of all the ItAF aircraft at the airshows in Italy and abroad and one of the world’s most advanced aerospace testing and experimental centers.

The paint job was designed and applied by Drudi Performance, the company founded by Aldo Drudi, who designs helmets and leathers for Valentino Rossi and many other racers. 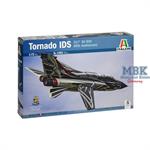