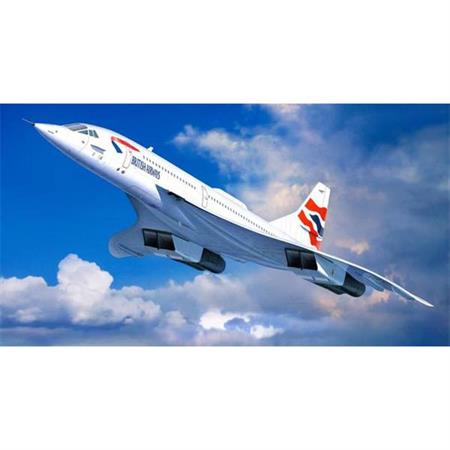 44.95 €
VAT included plus shipping and handling
Unfortunately sold out at the moment
No new delivery date known, if necessary please activate stock alert
To the Notepad
Question regarding the Article
plastic kit
scale 1:72

Described by the press as the Queen of the Skies , the Concorde supersonic passenger aircraft was in regular service from 1976 until 2003. With a top speed of Mach 2.2 (2400 km/h - 1490 mph), Concorde flew faster than all its competitors and reduced the flight time between Europe and the USA by 50%. A total of 18 Concorde's took to the air for almost 30 years in service with British Airways and Air France until they were sent into retirement in mid-2003 for economic reasons. The main reason was the reducing numbers of passengers, high running costs (charter price 30,000 Euro per hour) and high fuel consumption (25,680 litres - 5900 gallons / hour) 4 times more than normal jets. The 100 passengers however could enjoy pure luxury and on a clear day had a unique view of the earth's curvature at an altitude of 18 km (60000 ft).
British Airways used Concorde twice daily on the London - New York route (flight time under 3 ½ hours), and once a week to Barbados. The last flight took place on 23 November 2003. In addition to its record performance in supersonic flight the advances in aviation technology and the successful joint development and production of Concorde by Aérospatiale and the British Aircraft Corporation are also worthy of mention. 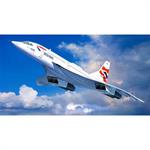