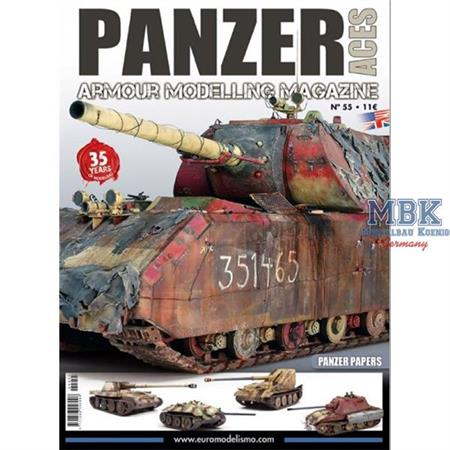 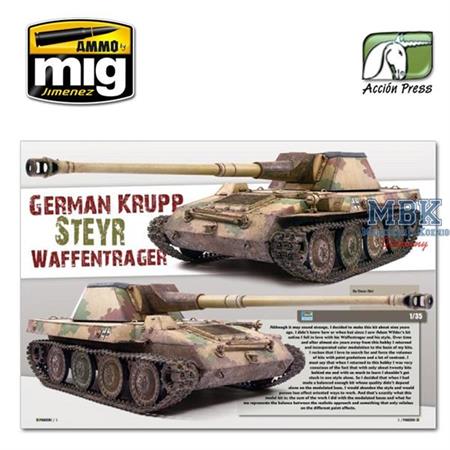 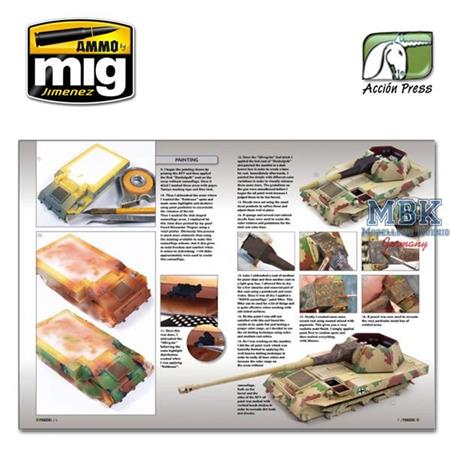 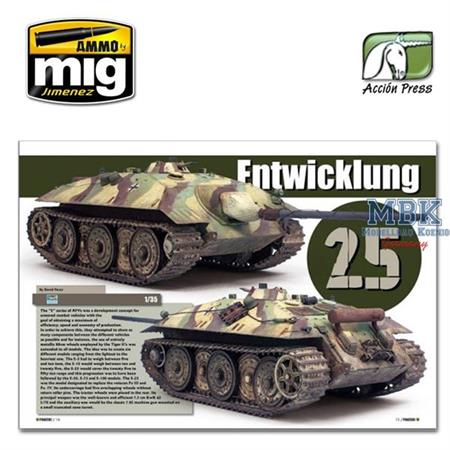 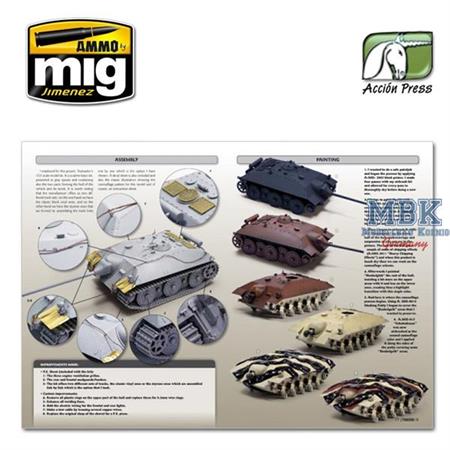 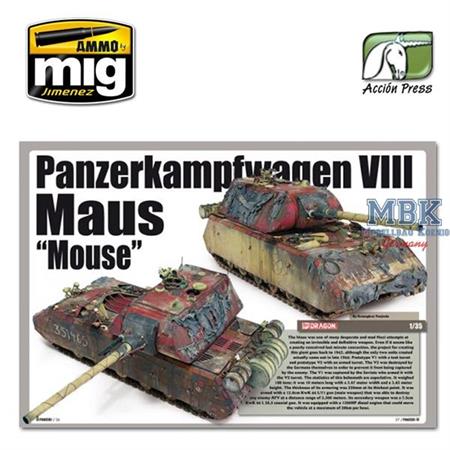 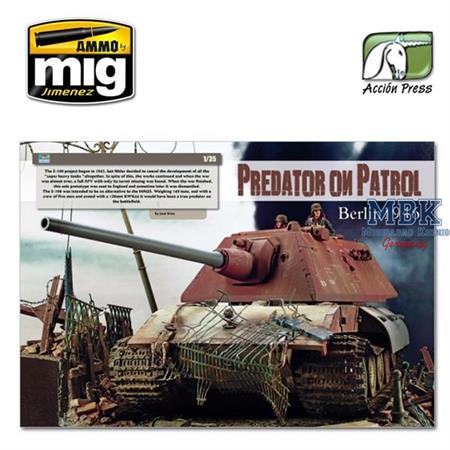 11.00 €
VAT included plus shipping and handling
Unfortunately sold out at the moment
No new delivery date known, if necessary please activate stock alert
To the Notepad
Question regarding the Article
We present to you the new issue of Panzer Aces magazine. Contents:

This is one of those vehicles known only by three or four extant photographs of which two units were made at most. In this article you will find an easy albeit laborious method for making a highly attractive circular camouflage scheme. Both the assembly and paintjob are very well executed and stand out because of its efficiency and simplicity. Oscar has succeeded in giving this vehicle a captivating finish.

This is a mid-run AFV from the Entwicklung series. David has made a few improvements which can be easily duplicated by anyone interested, adding a lot of interest to this kit. In this case, the highlight of this article resides in the paintjob and all the techniques and processes which David clearly explains: lights, hairspray technique, camouflage executed with masking, paint chips, dirt, splashes... He not only explains this clearly, he also shows us a highly attractive kit. We're sure that you will learn a lot from him.

This magnificent kit comes from the other end of the world. Such spectacular kits are quite uncommon. Kreangkrai makes a tantalizing display of imagination, technique mastering and color. The result is this incredible Maus. As you know only two units were made and only one of these had an armed turret. This incredibly talented author was forced to leave historical fidelity aside in order to avoid choking his inspiration and he gives us this visual delight of a Maus in the "what if" domain which we hope that you'll enjoy as much as we did.

The older brother of the Paper Panzer saga has fallen into the hands of José Brito. Expert hands like his' have gotten the most out of this beast. This article is quite interesting because José has made two different turret versions. As usual, he has placed his vehicle in a simple, yet beautiful diorama, full of different elements and small details which are quite relevant. Here you'll find all his "secrets" perfectly well explained with text and pictures. This is without question, well rounded work.

In spite of the consensus against works with more than one author, Xavi and Michel decided to unite their talents to create this project. We can readily see how much fun they had with it. Xavi took care of the assembly and Michel painted this kit. This is also a latter vehicle made in a very few units, and very little information is found dealing with it. However its attractive lines and its uncommon shapes make this a highly attractive piece for many modelers. Even if the part dealing with its assembly isn't very long, the assembly work wasn't easy and the painting section has been dealt with here step by step. The weathering and micro painting work needs to be singled out. This is another highly instructive article and we hope that you get the most out of it. 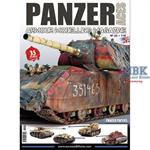