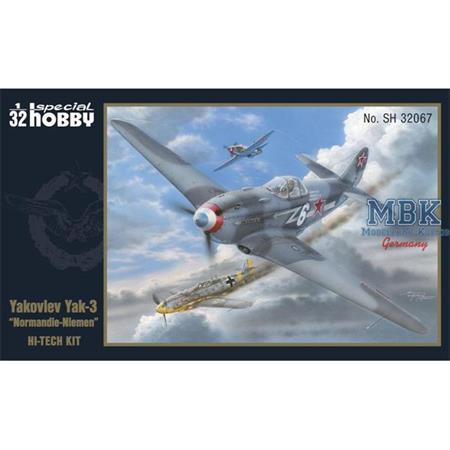 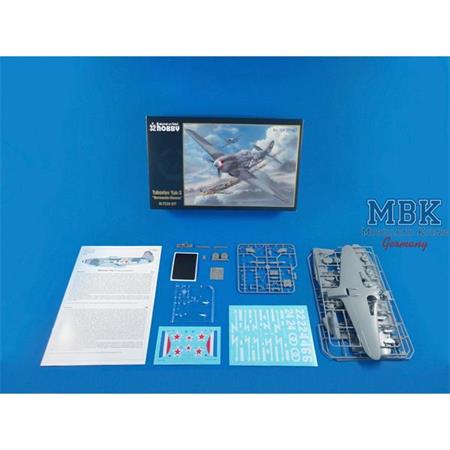 It is possible to see the Yak fighter as the best plane to have ever flown over the Eastern Front and which was made famous not only by Russian fighter pilots, but by the Normandie-Niemen regiment as well. This French-manned unit used to operate the Yak fighter planes during fightings over the Eastern Front, the French pilots from this unit returned to France in the cockpits of this plane too and kept on flying them in the post-war times. The French pilots achieved noticeable number of victories while flying the Yak-3, having their scores documented usualy on the fuselage side behind the cockpit.

The Hi-Tech kit decal sheet provides for five Normadie-Niemen camouflage options, all of them adorned with a lightning artwork on the fuselage. Four of the machines were flown by French aces, including the very best of them, Lt.Marcel Albert.

The kit comes on five sprues of grey styrene and one clear parts frame. What makes the difference of a Hi-Tech kit is the addition of alternative components made from resin and other materials. These comprise for example the resin exhausts and undercarriage wheels (mainwheels as well as the tailwheel), wireless set, gun cocking levers or gun muzzles. The modeller will also find a set of pre-cut masks and photo-etched parts offering seat harness and several smaller parts to fit into the cockpit. 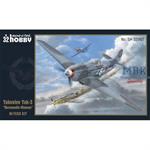