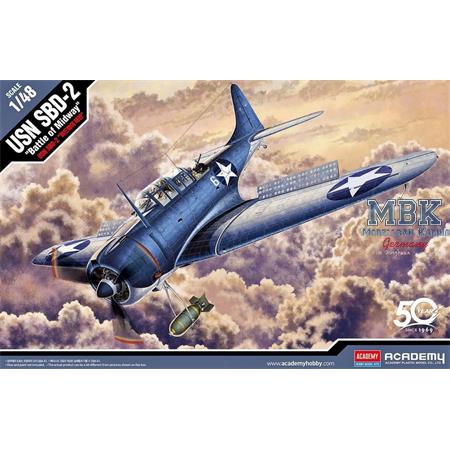 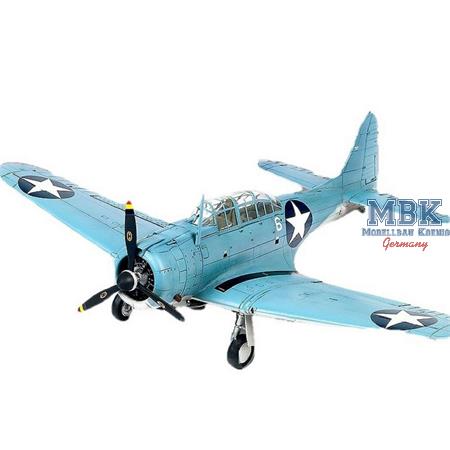 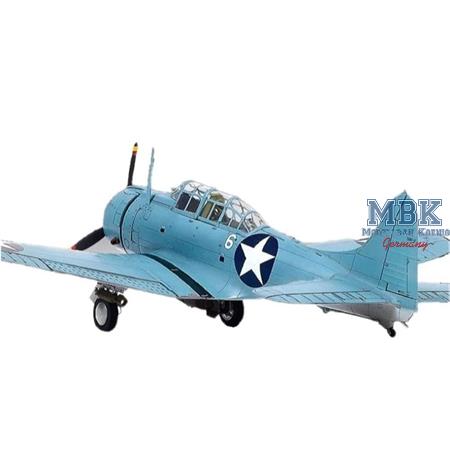 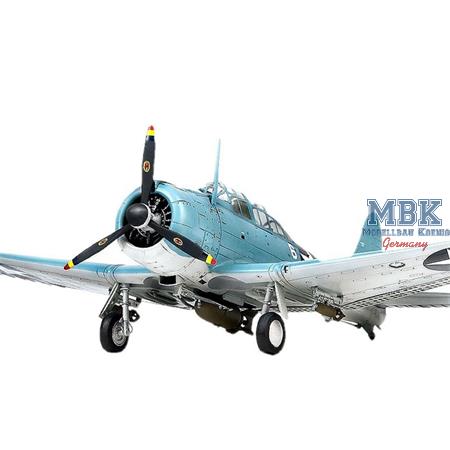 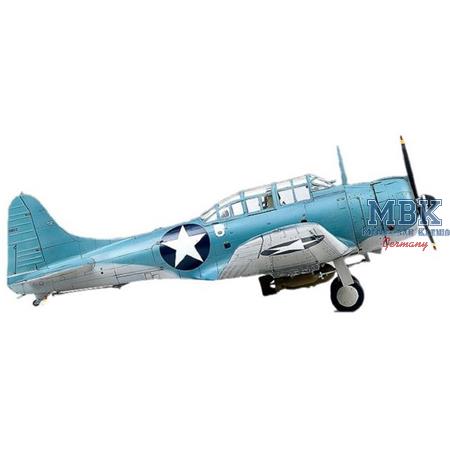 25.95 €
VAT included plus shipping and handling
Unfortunately sold out at the moment
No new delivery date known, if necessary please activate stock alert
To the Notepad
Question regarding the Article
The Douglas SBD Dauntless was an American naval reconnaissance aircraft and dive bomber manufactured by Douglas Aircraft during World War II from 1940 to 1944. The SBD ("Scout Bomber Douglas") was the United States Navy's primary carrier-based scout/dive bomber from mid-1940 to mid-1944.

The SBD was also flown by the United States Marine Corps, both from shore air bases and aircraft carriers.

The naval battle for Midway during the Pacific War in World War II took place from 4 to 7 June 1942.
Large units of the Imperial Japanese Navy and the United States Navy fought on both Midway Islands.
The battle ended with the sinking of four Japanese aircraft carriers with only one US carrier sunk.
It is considered the turning point of the Pacific War.
Afterwards, the Japanese forces were on the defensive. 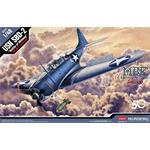