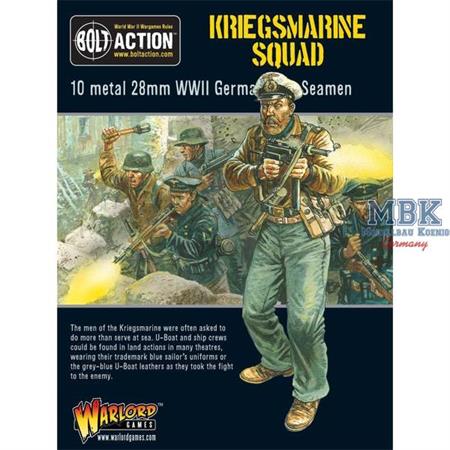 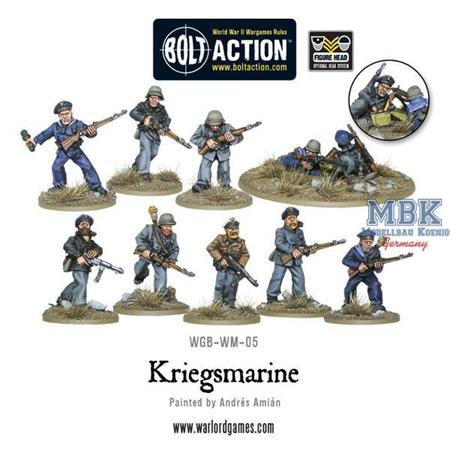 Log in and write a Review
Item Number:
BA-WGB-WM-05
Manufacturer
Bolt Action
Scale:
1:56
20.50 €
VAT included plus shipping and handling
Unfortunately sold out at the moment
No new delivery date known, if necessary please activate stock alert
To the Notepad
Question regarding the Article
The men of the Kriegsmarine were often asked to do more than serve at sea. U-Boat and ship crews could be found in land actions in many theatres, wearing their trademark blue sailor’s uniforms or the grey-blue U-Boat leathers as they took the fight to the enemy.

The German Navy (or Kriegsmarine) had the peculiar battle honour of being involved in the first action of WW2 and also its last.

Infantry units of the navy, equipped with Wehrmacht weaponry and wearing their trademark dark blue uniforms and steel helmets, assaulted the Polish port of Danzig in the opening action of the war and, five years later, flew into the maelstrom of Berlin, landing in parks and on lakes using seaplanes or any other available transport aircraft. This time they were equipped with panzerfausts in an attempt to stave off the avenging Russian armour.

They formed at least three divisions and some regular army officers were placed in the units to give them the value of their experience. They frequently fought under their usual officer, so a unit could be led by a Korvettenkapitän or U-Boat commander.

They fought in Poland, Narvik, Russia, Dieppe, Arnhem, many of the cut off German garrisoned ports, as well as Holland and Berlin. The Welsh 53rd Division fought them regularly in Holland and found them full of fight, giving them the nickname of the "Blue Devils". 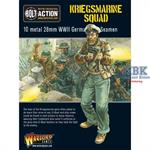 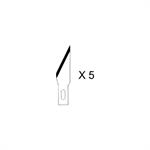 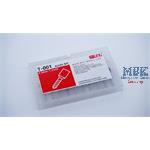 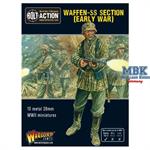 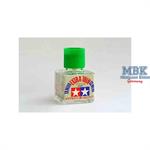 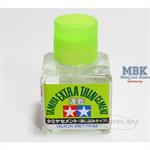