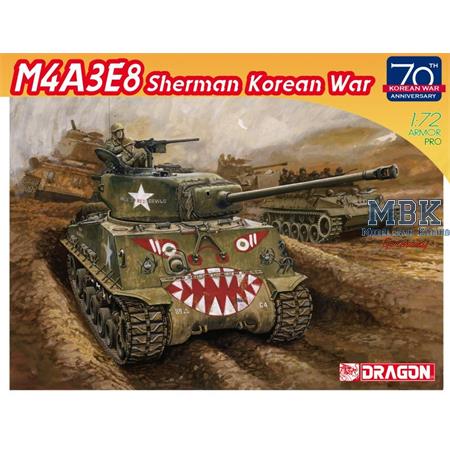 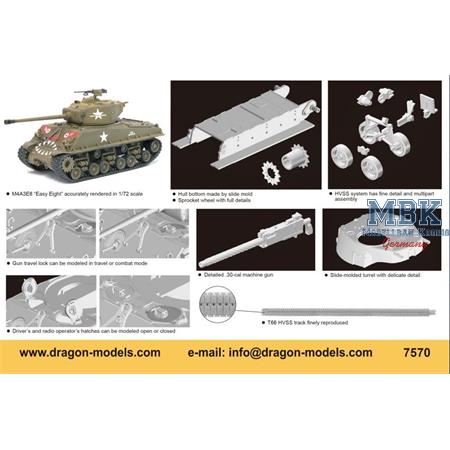 26.50 €
VAT included plus shipping and handling
Unfortunately sold out at the moment
No new delivery date known, if necessary please activate stock alert
To the Notepad
Question regarding the Article
Plastic Model Kit for a tank
- Scale 1:72
- not built/painted

The M4A3E8, often referred to as the "Easy Eight"featured improvements from the first generation of Shermans, including plus a longer 76mm gun, wider tracks that improved ground clearance and mobility. The M4A3E8 "Easy Eight" had a welded hull and was introduced into frontline units in December 1944 in WWII. And they fought alongside M26 Pershing and M46 Patton tanks in Korea. In fact, the reliable Sherman remained the most common American tank in the Korean War.

This 1/72 scale kit depicts a typical Sherman M4A3E8 fighting in the bitter Korean War. Thus, the HVSS is rendered accurately in minute detail with multiple parts to ensure accuracy. The T80 tracks are well rendered too, Perhaps the most eye-catching aspect to this kit is the set of the decals produced by Cartograf. These markings include bold and colorful teeth and eyes for the front of the tank hull, a design intended to instill fear in any enemy combatants they encountered. With the 70th anniversary of the start of the Korean War rapidly approaching, this is a fine kit for modelers to create a tank or a dioramic scene from that conflagration.
Customer Reviews 1
Log in and write a Review
1 Reviews 0 Reviews 0 Reviews 0 Reviews 0 Reviews 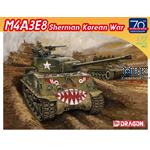