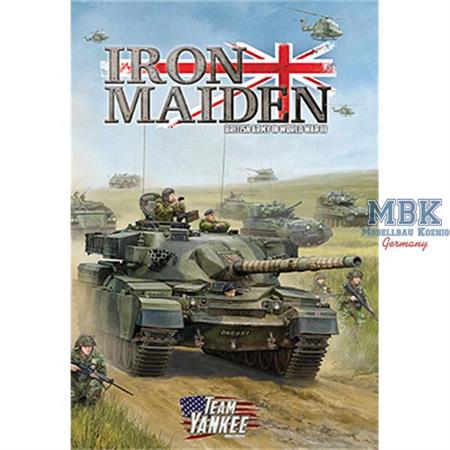 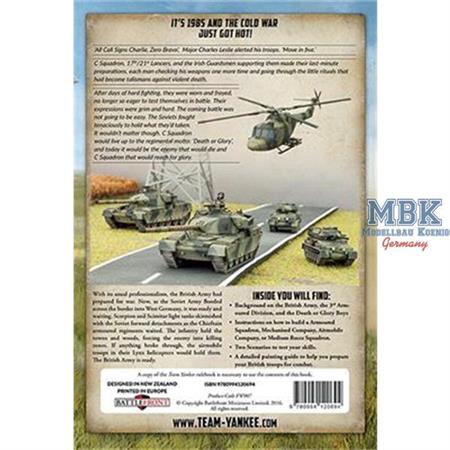 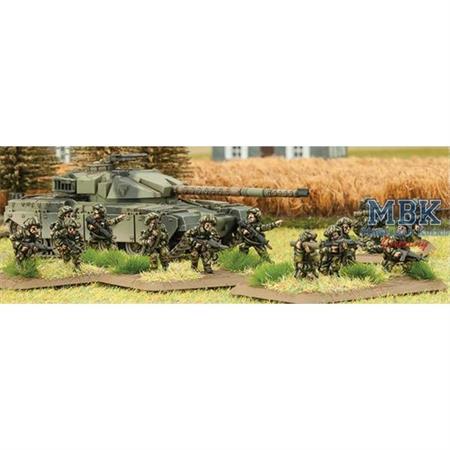 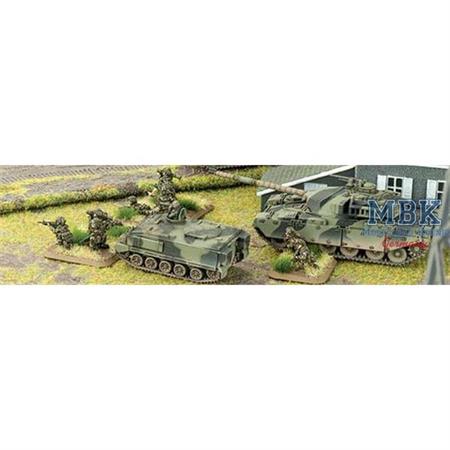 Log in and write a Review
Item Number:
TY_FW907
Manufacturer
Team Yankee
17.50 €
VAT included plus shipping and handling
Unfortunately sold out at the moment
No new delivery date known, if necessary please activate stock alert
To the Notepad
Question regarding the Article
When World War III broke out in August 1985, the British Army Of the Rhine (BAOR) had been defending the West on the border between West Germany and East Germany for just over 40 years. These soldiers, the third generation of British soldiers to stand watch on the North German Plain, quickly proved their mettle. With the release of Iron Maiden, the British are coming to Team Yankee.

Iron Maiden covers the British Army Of the Rhine and features four different formations that you can field:

The Death or Glory Boys (or 17th/21st Lancers) bring the might of the Chieftain tank, with up to 14 per formation.
Supported by Swingfire anti-tank guided missile armed vehicles, as well as a recce troop of Scorpions, Abbot field artillery and a platoon of mechanised infantry each Chieftain Armoured Squadron is more than capable of defending the line against the Soviets.
What the tanks seize, the infantry hold. And the men of the Irish Guards are no strangers to difficult missions, having faced the Germans in World War II and now the tide of Soviets 40 years later. Each mechanised company is based around three platoons of infantry transported in FV432 personal carriers. They bring their own mortar carriers, mobile Spartan Milan launchers as well as infantry Milan teams. Like the tanks, they can expect support from Chieftains, artillery and Scimitar recce troops. 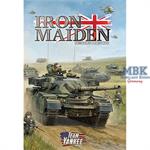