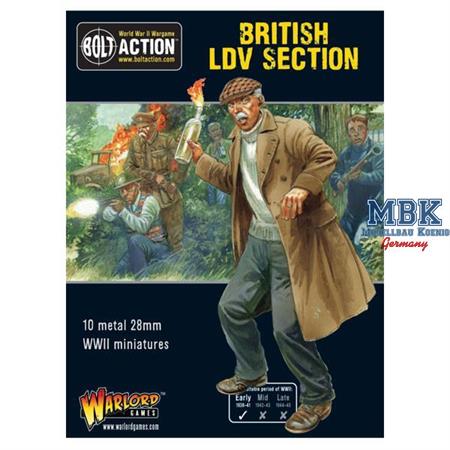 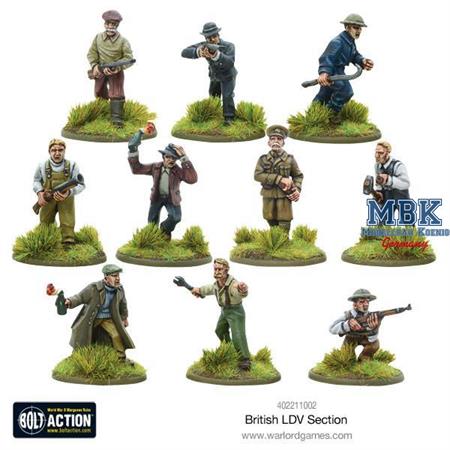 Log in and write a Review
Item Number:
BA-402211002
Manufacturer
Bolt Action
Scale:
1:56
14.50 €
VAT included plus shipping and handling
Unfortunately sold out at the moment
No new delivery date known, if necessary please activate stock alert
To the Notepad
Question regarding the Article
On 14 May 1940, Britain’s Secretary of State for War Anthony Eden made a broadcast calling for men between the ages of 17 and 65 to enrol in a new force, the Local Defence Volunteers (LDV) to defend the country against the expected German invasion of Britain. By July, nearly 1.5 million men had enrolled - far outreaching the 150,000 the Government expected to volunteer.

Beginning life as a rag-tag militia, the LDV initially had to make do without uniforms, wearing a simple armband bearing the organisations initials. The LDV similarly struggled for modern weaponry - shotguns and improvised weapons such as golf clubs, crowbars and industrial tools were not uncommon. The LDV evolved into the Home Guard, becoming a well-equipped and well-drilled force.

Disparagingly referred to as ‘Look, Duck & Vanish’, the LDV were renamed to the more inspiring Home Guard. Although the German invasion of their country didn’t materialise this proud people’s army - the original ‘Dad’s Army’ continued to stand until it was disbanded in late 1945. 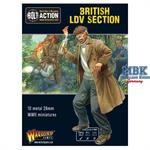