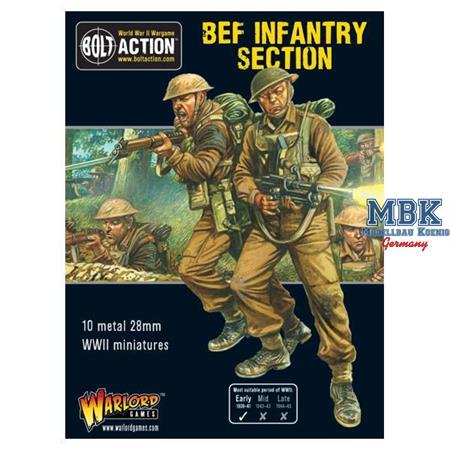 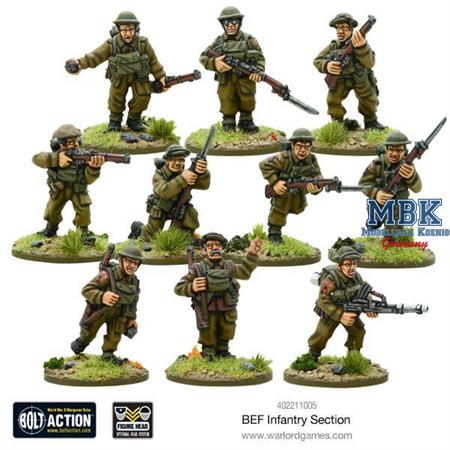 Log in and write a Review
Item Number:
BA-402211005 (447)
Manufacturer
Bolt Action
Scale:
1:56
14.50 €
VAT included plus shipping and handling
Unfortunately sold out at the moment
No new delivery date known, if necessary please activate stock alert
To the Notepad
Question regarding the Article
The British Expeditionary Force was an army of nearly a third of a million troops sent out to France to try to resist aggression from Adolf Hitler's Third Reich. Allied with Belgium and powerful French forces, it fielded ten infantry divisions, artillery, tank brigades and supporting air squadrons.

General Lord Gort’s BEF fought well, but were outmanoeuvred all too often, leading to tactical withdrawal and the heroic but tragic retreat at Dunkirk during May and June of 1940. 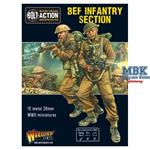