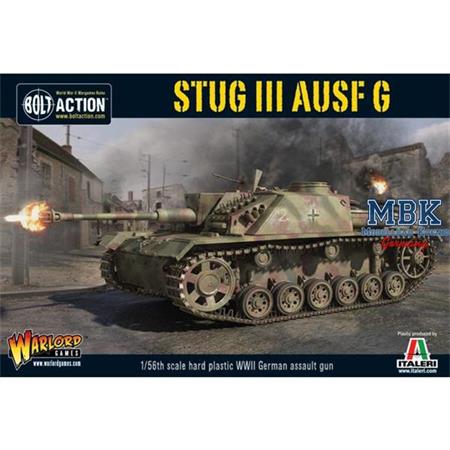 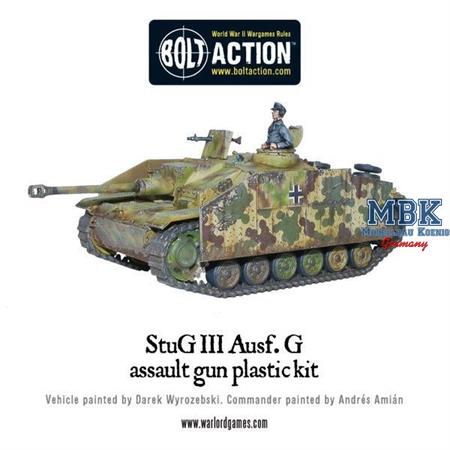 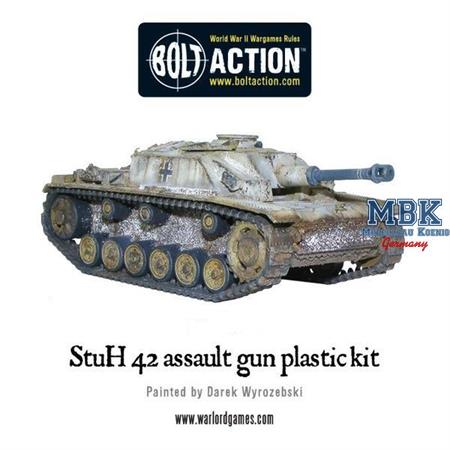 1
Item Number:
BA-402012007
Manufacturer
Bolt Action
Scale:
1:56
23.95 €
VAT included plus shipping and handling
1 Pieces available
Shipping 1 - 2 days
To the Notepad
Question regarding the Article
The Sturmgeschütz (StuG) III was a well-armed and armoured vehicle based on the tried and tested Pz.Kpfw III chassis. Manned by the artillery originally, as it was considered a mobile howitzer, it went through many variants during WWII, and indeed was one of the few German AFVs to serve throughout the war on all fronts.

The StuG III had good frontal armour, its low profile making it ideal for performing ambushes, presenting a poor target for return fire. It is armed with an efficient and powerful 75mm gun and carries an MG42 for close defence.

The StuGs were welcomed by their infantry comrades, supporting their attacks with HE shells or knocking out enemy tanks to the extent that by the end of hostilities, they had amassed more kills than any other German vehicle.

This highly detailed plastic kit can be built as either the StuG III Ausf G assault gun or as the 10.5cm Sturmhaubitze infantry support gun. 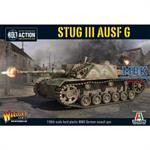