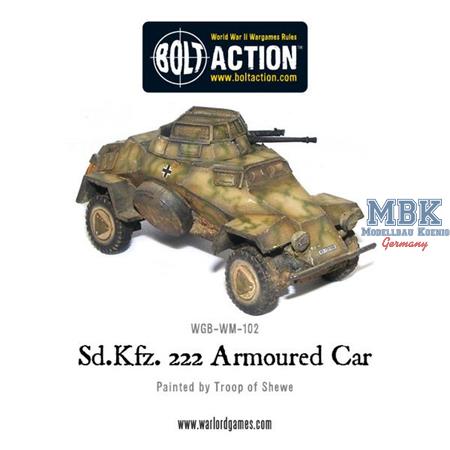 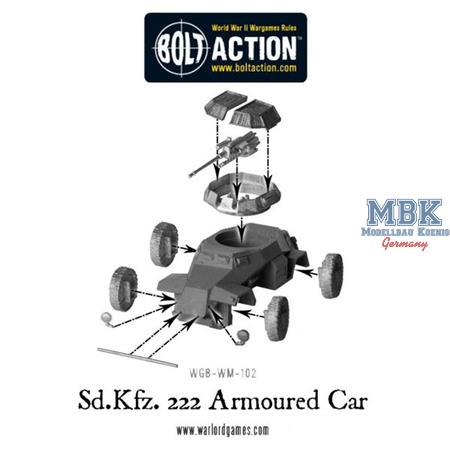 Log in and write a Review
Item Number:
BA-402412004 (137)
Manufacturer
Bolt Action
Scale:
1:56
20.50 €
VAT included plus shipping and handling
Unfortunately sold out at the moment
No new delivery date known, if necessary please activate stock alert
To the Notepad
Question regarding the Article
The Sd.Kfz 222 Armoured Car was used a an armoured Scout vehicle issued to the Panzersphwagen squadrons of the Aufklrungs battalions.

It operated well throughout the conflict and on most theatres. Its 4 wheels drive gave it some versatility but the limited fuel capacity and poor off-road performance reduced its range and effectiveness in harsh environments like North Africa and Russia.

It mounted a 20mm gun alongside an MG 34 machine gun and the open turret enabled the main gun to be also used as in anti-aircraft role.

Even if this vehicle was eventually superceded by the Sdkfz 250, it could still be seen in operation till the end of the conflict.
Contents: 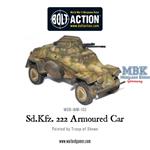 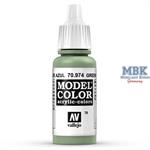 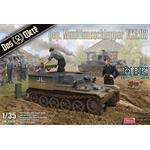 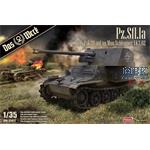 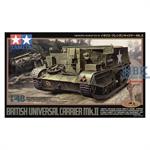